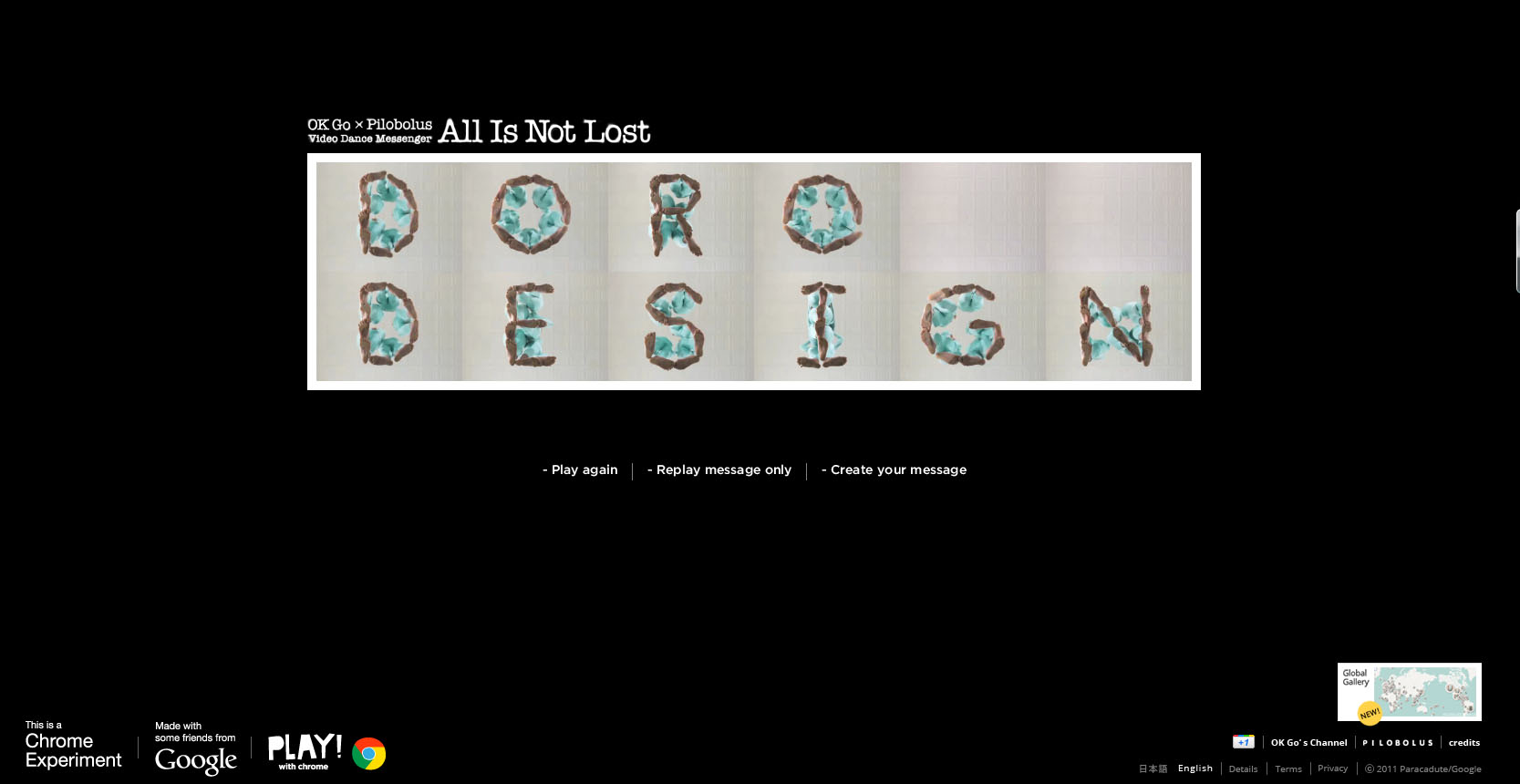 Partnership between OK Go and Google Chrome pulled off this great interactive video!

Users can visit a dedicated site (use Google Chrome), enter in a message of their choice, and watch the band and troupe dance out that message via a series of browsers. You can watch the non-interactive version above.

This is not the first HTML5-flavored vid that Google has come out with. In May, music video director Chris Milk and @radical.media, along with Aaron Koblin from Google Creative Labs, unveiled “3 Dreams in Black,” a woozy, HTML5/WebGL-spun video for “Black,” from Danger Mouse and Daniele Luppi’s album Rome. And, last summer, Milk and Co., busted out with “The Wilderness Downtown,” an HTML5 experience created for the Arcade Fire’s album, as well as the accompanying Wilderness Machine (a machine that spits out user-generated postcards during the band’s stage show).

OK Go’s offering is not as visually stunning as “3 Dreams in Black” or “The Wilderness Downtown,” but it’s certainly a worthy addition to the band’s canon of innovative videos, which includes everything from old-school dance routines to a GPS-parade through downtown L.A. (text by Mashable).