In the northern Italian city of Turin, a group of urban artists working under the name truly design has transformed a basketball court into an enormous optical illusion. ‘playground’ is an immersive anamorphic painting that changes depending on the vantage point of the player. when viewed from a specific point on the court, the words ‘growth’ and ‘rhythm’ become visible within a colourful labyrinth of lines and shapes.

realized at the fondazione per l’architettura for the 2017 edition of architettura in città — the city’s architecture festival — ‘playground’ warps players sense of space, providing a dynamic setting for play and participation. truly’s use of perspective and anamorphic painting generates three dimensional images and optical illusions that merge with the surrounding architecture. as part of the project, the collective spent a week holding a workshop with twenty students ranging from middle school to university, teaching them how to approach new painting perspectives through anamorphic art. 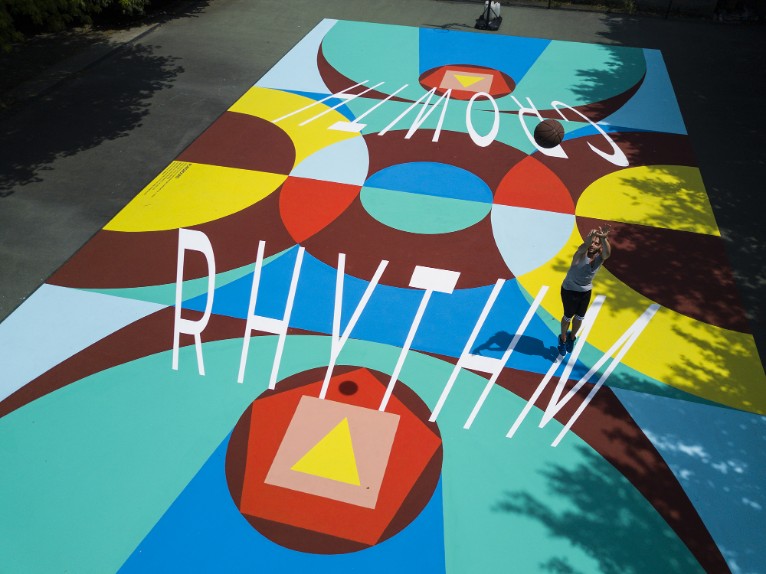 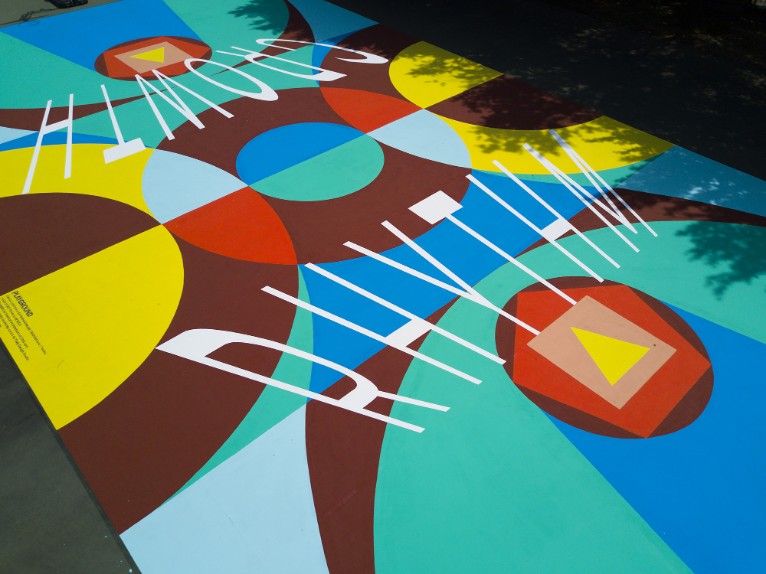 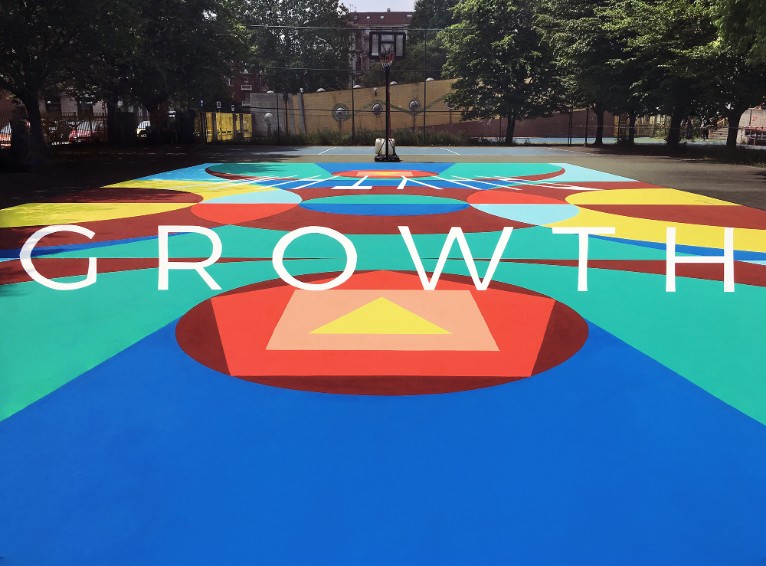