This market was upended in 2007 when Audi introduced the A5. Proportionally, it moved on from the idiom of simply being a 2-door version of its 4-door sedan sister, looking like an altogether new car. It wasn’t just different surfaces and details, but the proportions were different too – the roofline lower, track wider and stance altogether more sporting. In comparison, BMW’s e90 3-Series coupe felt tame – too close to the sedan. 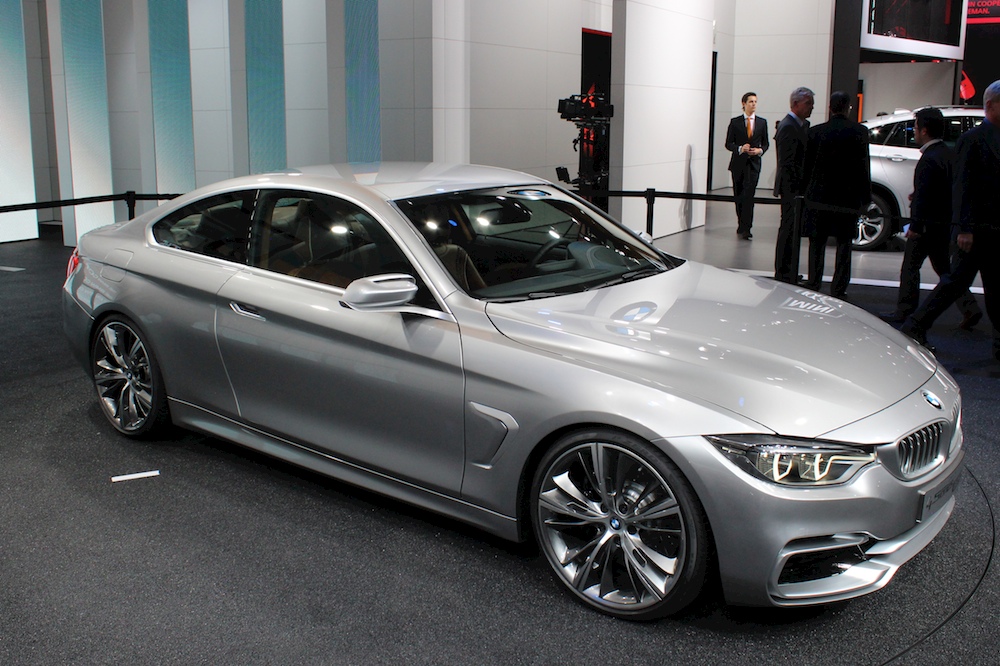 So the 4-Series is BMW’s response and it works well. Not only do we get a number change to set it apart from the 3 (and the first use of 4-Series in BMW history), but it’s also 5mm longer, 15mm wider and a whopping 67mm lower. In the metal the impact is to make the 4-Series look very low and lean. Combined with other changes – the wheel to body relationship is really something else – it moves the 4-Series into a space of looking very much like a more-compact 6-Series. In our view, that’s far from a bad thing. 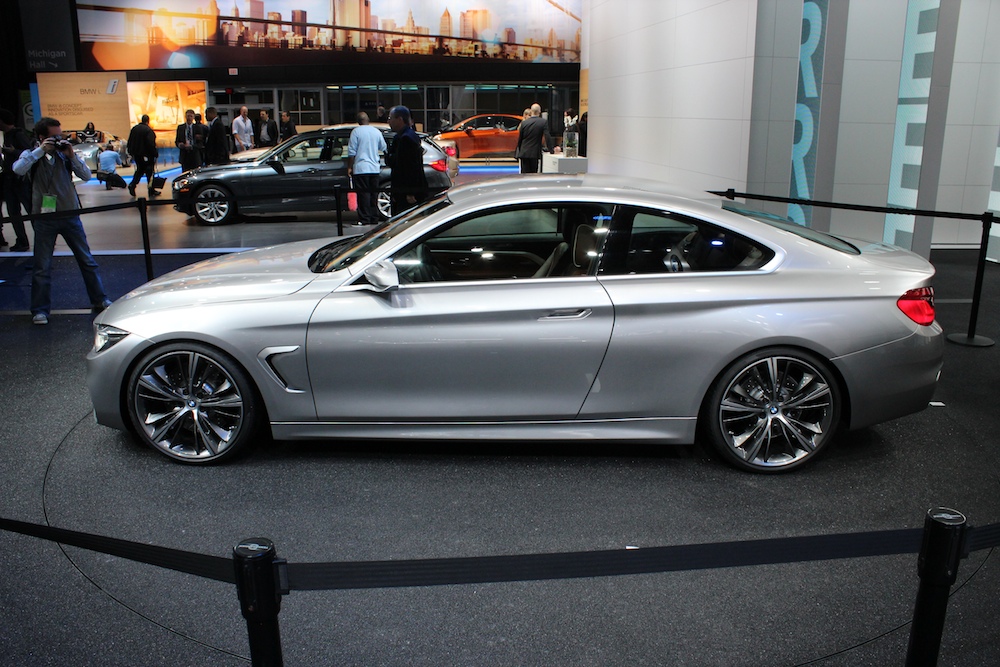 Some of the details (the lower and side intake, in particular) look a little incongruous, but likely won’t make the production model, which actually might be no bad thing. 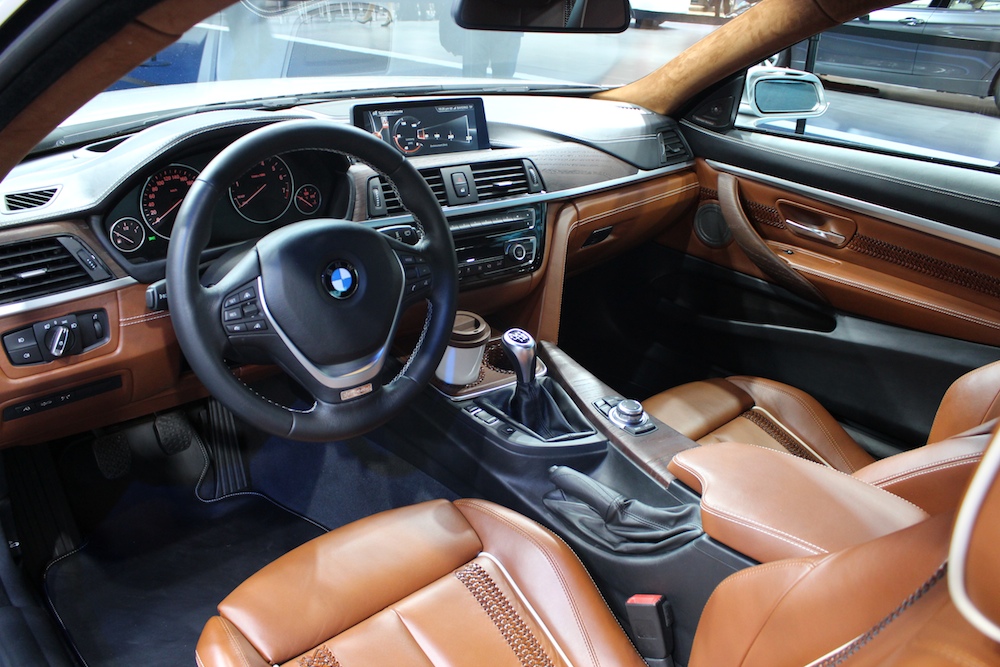 Inside, an extensive colour and trim exercise in the show car lifts the 4-Series’ interior to a higher plane than the rather pedestrian 3-Series sedan. It is branded BMW Exclusive and with the architecture production ready, we’d expect at least some of this trim to make it into the production car. The colour combination is expressive while remaining tasteful – combining a tobacco/tan leather with dark, matte wood with some exposed grain. 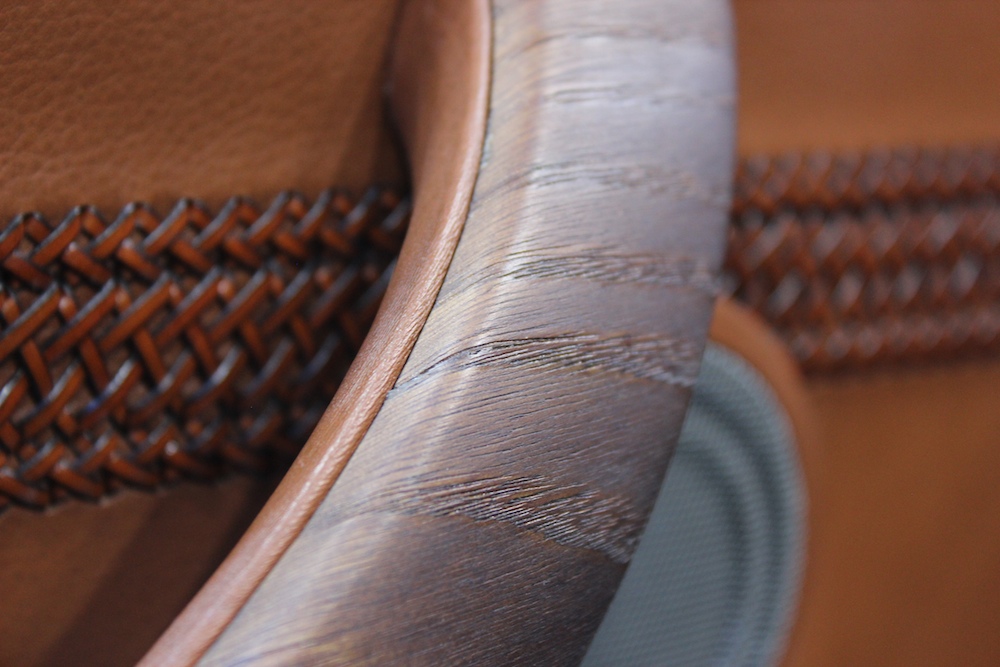 Arguably, the most interesting element is the stitching on the seats and doors. It’d be doing it a disservice to call it ‘baseball’ stitch, because it’s more than that – it’s more like a wicker or rattan weave, but it’s as striking as that detailing was when first seen on the Gen 1 Audi TT.

All in all, a bit of a surprise, but a good one – and on first acquaintance this looks like a very smart direction for BMW to have moved in, for the car formerly known as the 3-Series coupe.