The art of the sports car takes centre stage at the new Porsche museum in Stuttgart.

Engines, interactive displays, Porsche memorabilia and 80 cars – including prototypes and icons like the 911, all polished to a mirror-sheen – are parked on two floors of pristine, white galleries.The collection includes a 550 Spyder – the model James Dean was driving when he died in a collision with a Studebaker in 1955.

Other models, like the 917 type Hollywood star Steve McQueen made famous in “Le Mans” and the 928 version Tom Cruise’s character in “Risky Business” used to elude trouble, are parked bumper-to-bumper under dazzling spotlights.

A handcrafted aluminum recreation of the very first Porsche, a Type 64 ‘VW Aerocoupe,’ shines in the center of the first floor.

Prototypes on display include a 928 model almost long enough for four doors, a 1989 “Panamericana” with odd, frog-like curves and the darling of the museum staff: the 1992 Boxster prototype that won Best in Show at the 1993 Detroit Auto Show. 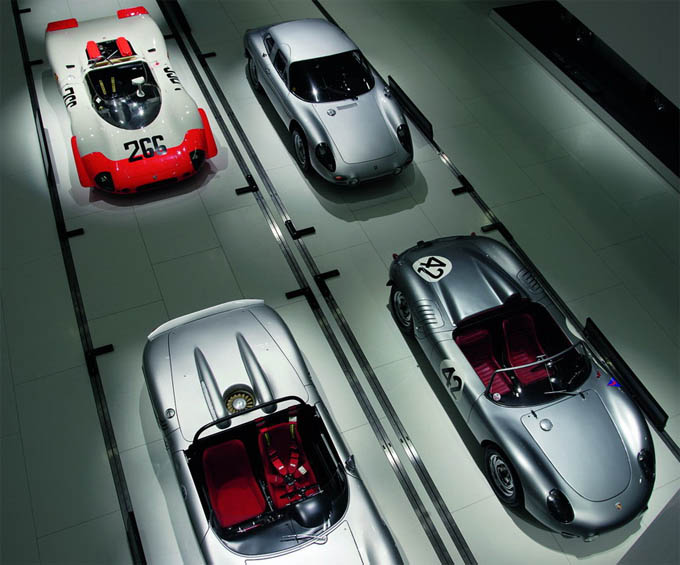 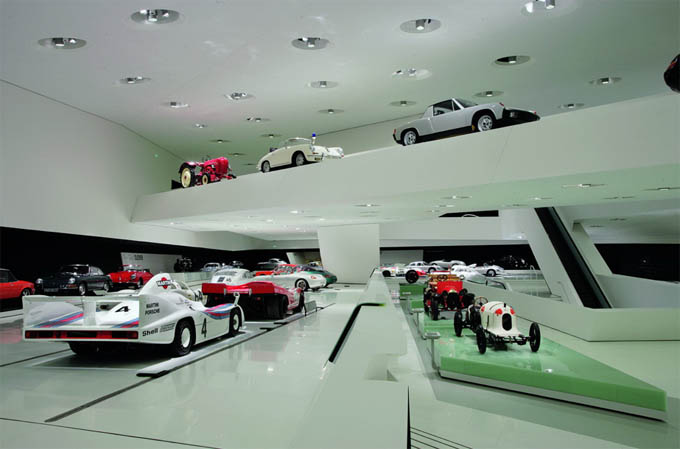 DORODESIGN LIKES: Urban Spaces – We Need More of Them