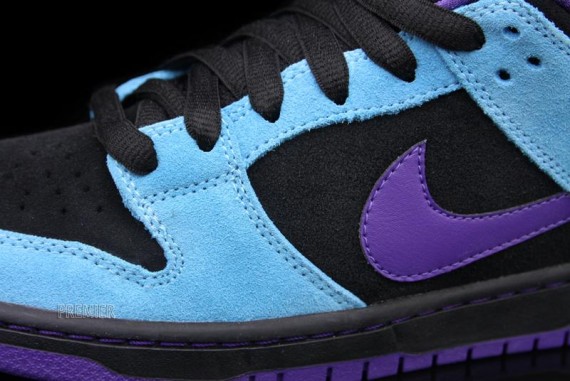 When you consider all the 80s franchises that have been updated since the advent of CGI and released as summer blockbusters, it’s kinda crazy that we haven’t seen anything involving He-Man and the Masters of the Universe.  Maybe it’s better that way, at least now and at least for sneakerheads who were awaiting the release of this Nike SB Dunk Low that has been nicknamed ‘Skeletor’ for its resemblance to He-Man’s nemesis’ color choices.  Given the trouble that Todd Bratrud’s Cheech & Chong Dunks had in making it to store shelves, maybe we should just stick with the obvious Air Jordan comparison and call these the Dunk Low Pro SB ‘Aqua’.  It’s certainly a strong resemblance to the classic AJVIII colorway but the main difference is that this particular pair is currently available and yours for the taking from retailers like Premier. (via Sneakernews). 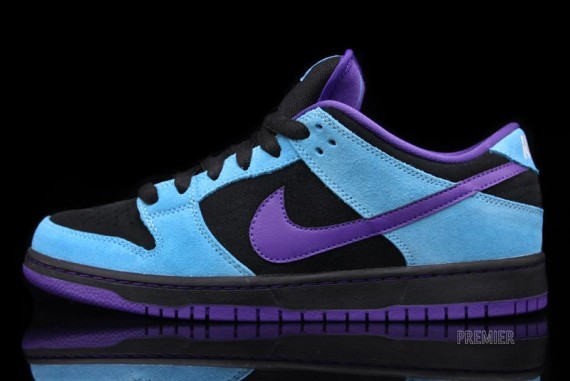 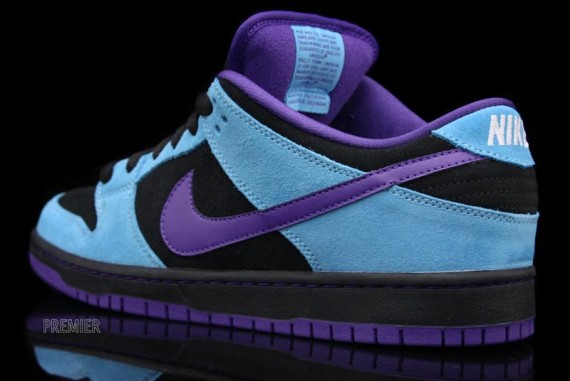 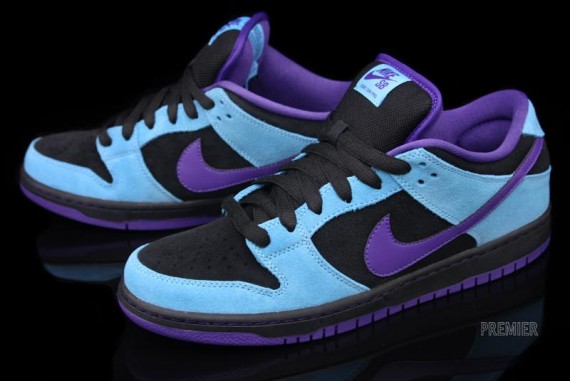 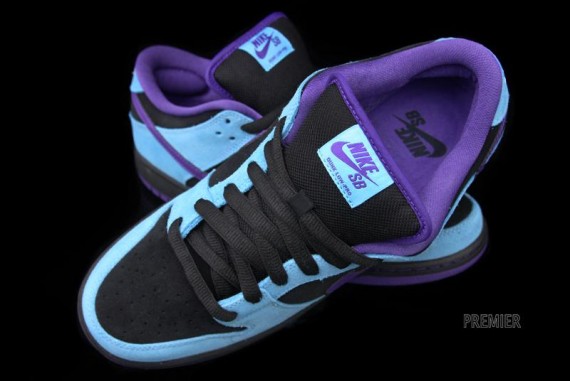 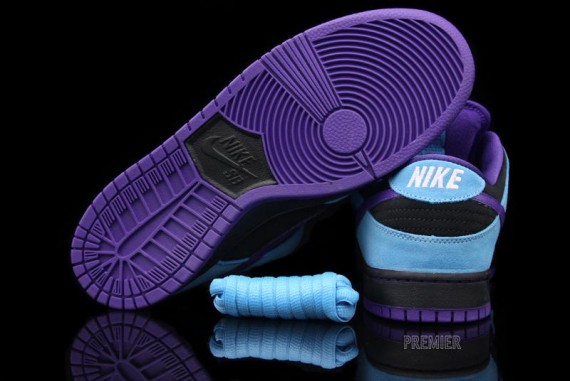