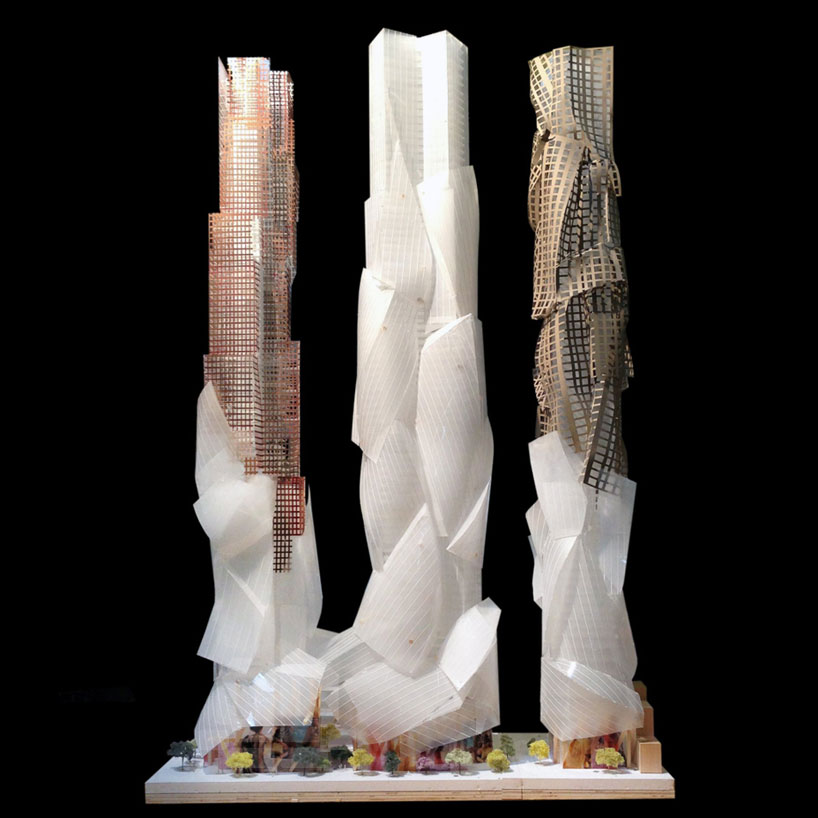 In october 2012, it was announced that Frank Gehry would be returning ‘home’, four years after the completion of his first Toronto project which saw the Canadian born architect complete a renovation for the city’s art gallery of Ontario. Gehry has now entered a partnership with local art collector David Mirvish–who owns and operates a number of Toronto’s major performance centres–to redevelop much of the Mirvish family’s properties in Toronto’s entertainment district along King Street west, including the historic princess of wales theatre and some warehouses. The project will see the establishment of three 80+ storey skyscrapers along the iconic strip between John and Simcoe streets.

Since the initial presentation, the design of the towers has evolved with Gehry having recently unveiled the latest plans for the buildings which are now more indicative of his signature style. the façades are expressed through collages of fragmented organic shapes, creating curving surfaces which appear almost like ribbons of fabric folding into one another, draping over a framework of wooden beams located at their bases–these industrial structures referencing the commercial buildings which they would ultimately replace. The three volumes will house more than 2,500 residential units, along with commercial and office spaces, a large gallery for the Mirvish’s extensive art collection, and will be the site of OCADU’s new campus.

The estimated timeline for completion is said to be 10 years. 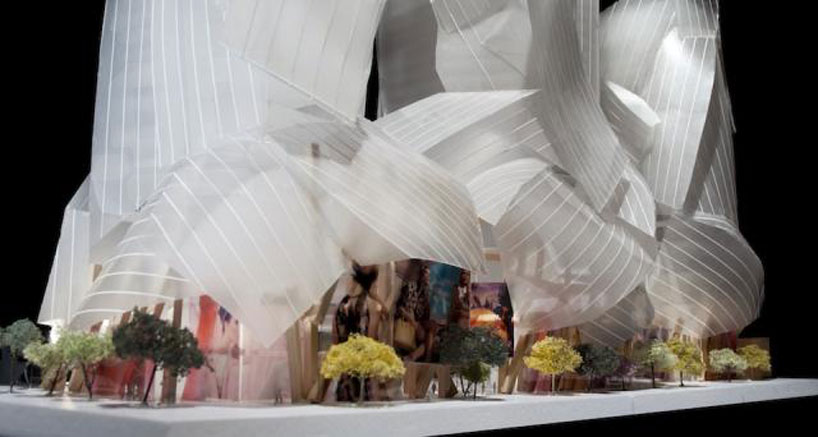 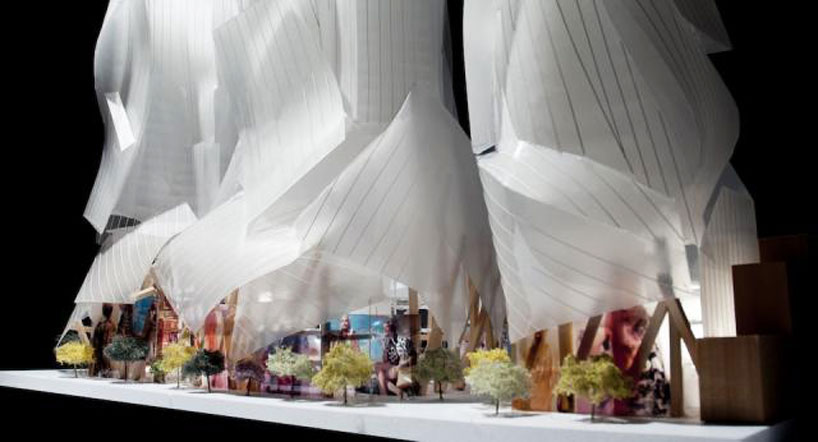 The site is situated along Toronto’s iconic King St. strip in the heart of the city’s entertainment district