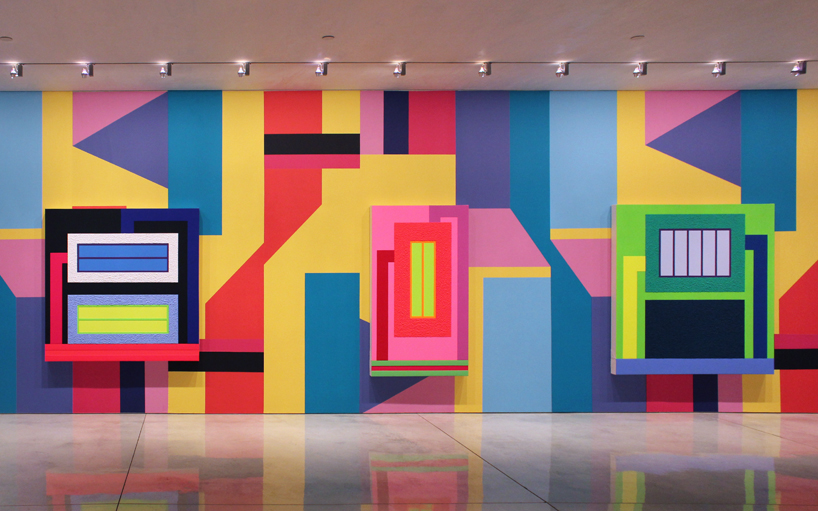 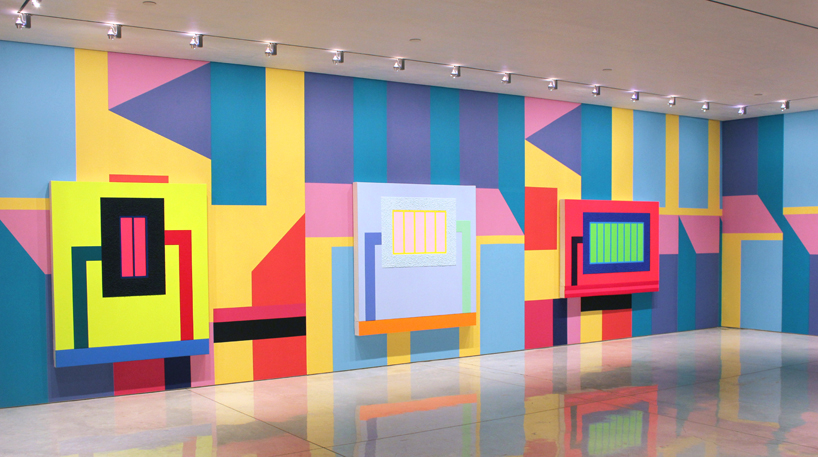 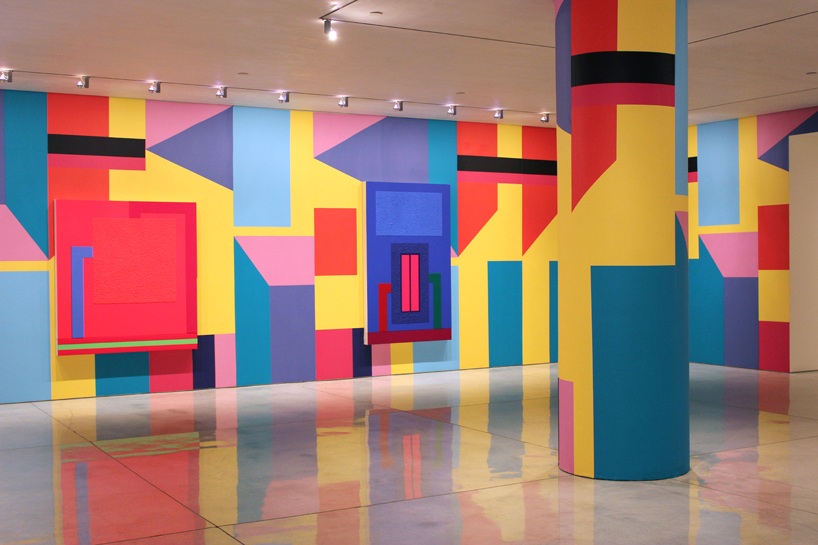 The paintings jut out or hover freely above their solid backgrounds, serving to spatialize the three meter wide printed modules repeated throughout the gallery. Halley, who has long been interested in the interaction between his paintings and architecture, invited Mendini to design the wall mural to create an intense interaction between his painting and the architectural setting created by Mendini’s intervention. 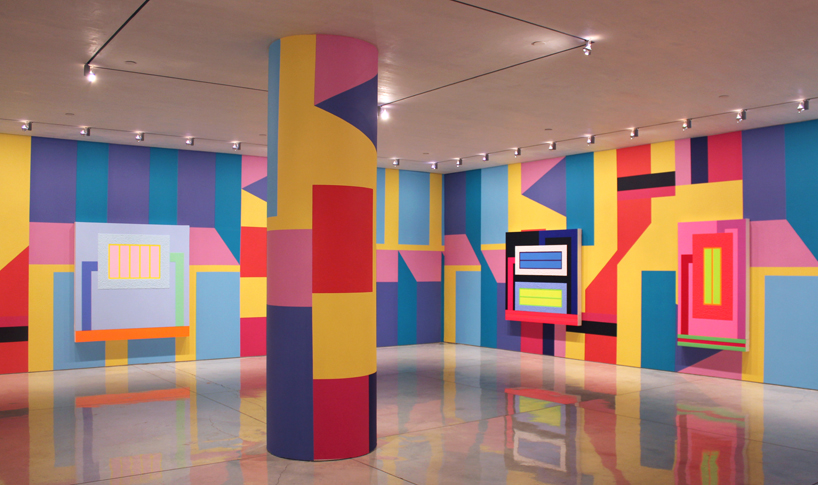 To create this site-specific work, the artist and designer corresponded through an exchange of designs and samples, which provoked a conversation about their mutual influences, creative practices, and the space of the gallery.