Zaha Hadid Architects has completed five new boutiques for Milan-based fashion designer Neil Barrett, with each one containing portions of an abstract volume that was designed in one piece. 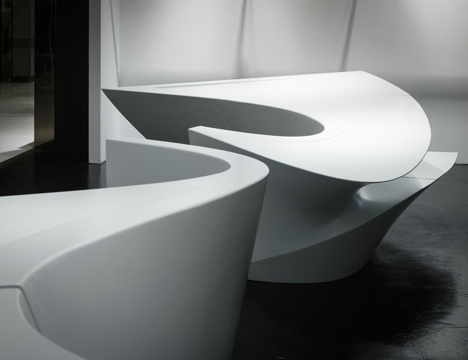 The “Shop in Shop” concept was devised to encompass four stores in Seoul and one in Hong Kong. The architects designed a free-flowing shape, then divided it up into 16 pieces that could be distributed to each of the stores for use as a modular display system. 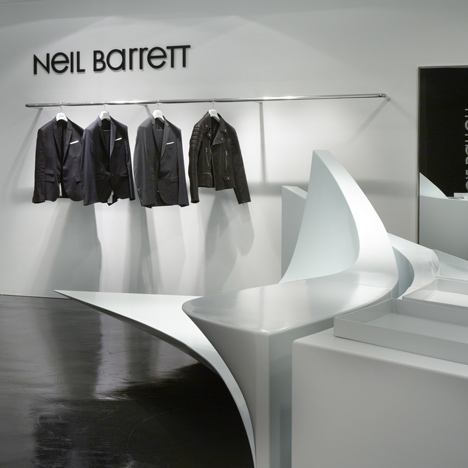 Referred to by Zaha Hadid Architects as an “artificial landscape”, the curving shapes feature a variety of twists, folds and rotations that reference the moulded interior of Neil Barrett’s flagship Tokyo store, completed by the studio in 2008.

Each block is different and can be used in a variety of arrangements to display different garments, shoes and accessories.

The stark white colour of the objects contrasts with the polished black flooring underneath. This monochrome theme continues throughout each store, where walls are painted in alternating shades of white and black. 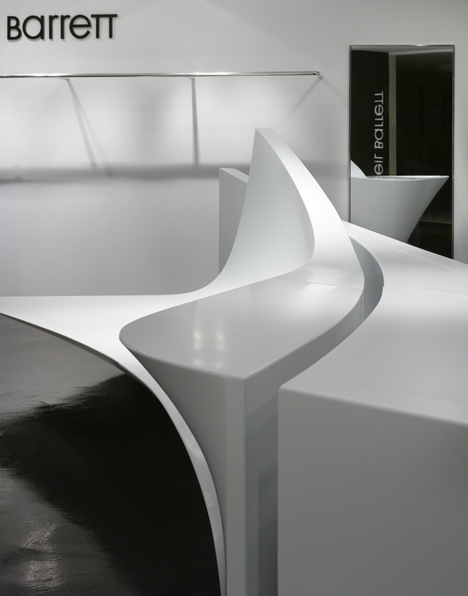 The studio is now working with Neil Barrett to roll out more Shop in Shop stores in Beijing, Shanghai and elsewhere in Seoul. 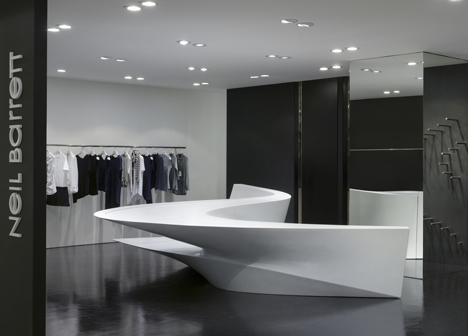 Zaha Hadid Architects has been busy over recent weeks. In the last month the studio has released images of a lakeside cultural complex underway in China, revealed designs for a complex of towers in Bratislava and launcheda system of twisting auditorium seats. 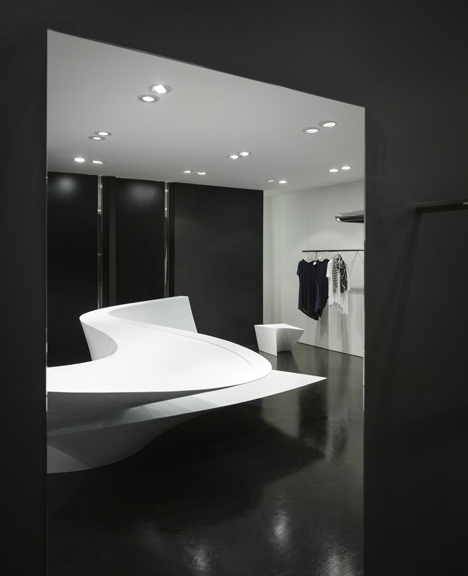 As well as collaborating with Hadid, British designer Neil Barrett has also worked with Italian studio AquiliAlberg, who designed the angular scenography for his 2010 Autumn Winter catwalk. 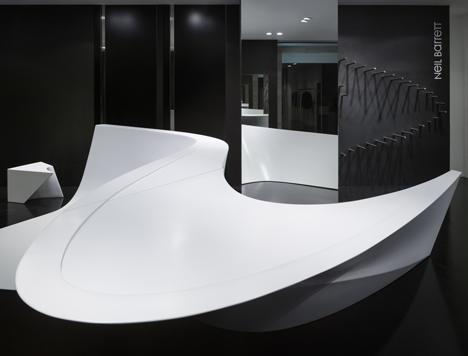 Photography is by Virgile Simon Bertrand. 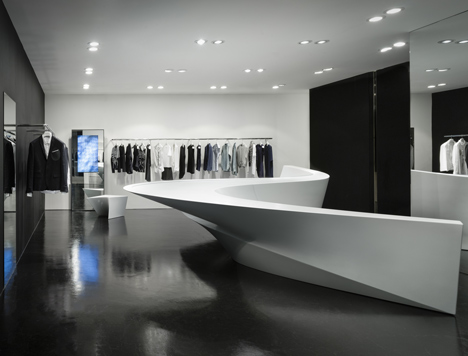 The ‘Shop in Shop’ concept for Neil Barrett is based on a singular, cohesive project that is divided into sixteen separate pieces. Specific pieces have then been selected and installed into each of the four Neil Barrett Shop in Shop’s in Seoul, and also into the Hong Kong shop; creating a unique display landscape within each store. Each separate element acts as a piece in a puzzle of the original ensemble, ensuring each shop maintains a relationship to the defined whole and with the other Neil Barrett Shop In Shop locations. 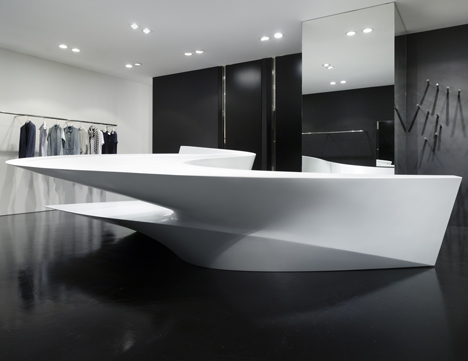 The pieces have been carved and moulded from the original solid as pairs that define each other to create an artificial landscape that unfolds multiple layers for display. The emerging forms engage the same design principles adopted for the Neil Barrett Flagship Store in Tokyo; the characteristic peeling, twisting and folding of surfaces has been extended to incorporate double curvatures and rotations. 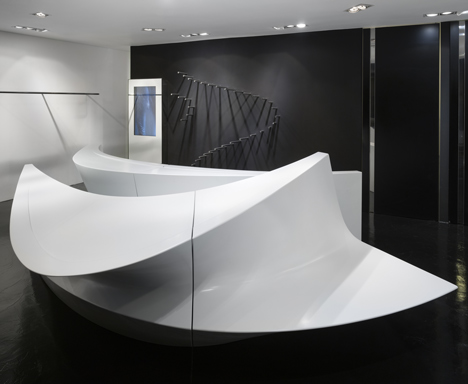 The display landscape is a flexible modular system that allows multiple arrangements and adaptations according to specific locations and multiple conditions, developing an original space at every location. The pieces can be used individually or pieces can be used in conjunction with others from the collection accordingly to suit the scale and spaces of each shop, with each piece able to display shoes, bags or accessories. 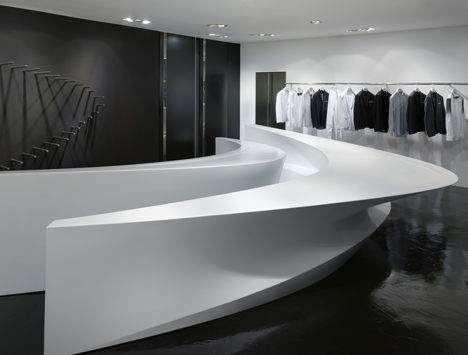 The Shop in Shop concept continues the geometries of the Tokyo Flagship Store, developing a dialogue between the Cartesian language of the existing envelope walls with the sculptural, smooth finish of each piece. This contrast of materials in combination with the formal language of the design plays with these visual and tactile characteristics and is further accentuated by the black polished floor. 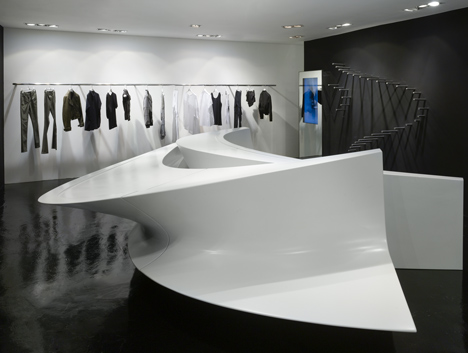 Neil Barrett Shop in Shop designs are located in Seoul and Hong Kong:
Zaha Hadid Architects and Neil Barrett are continuing their collaboration on further Shop in Shop concepts to open in Beijing, Shanghai and Seoul.