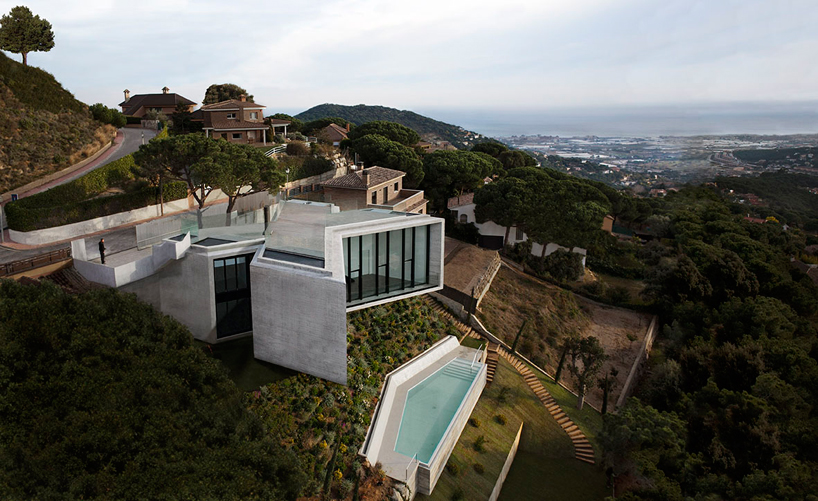 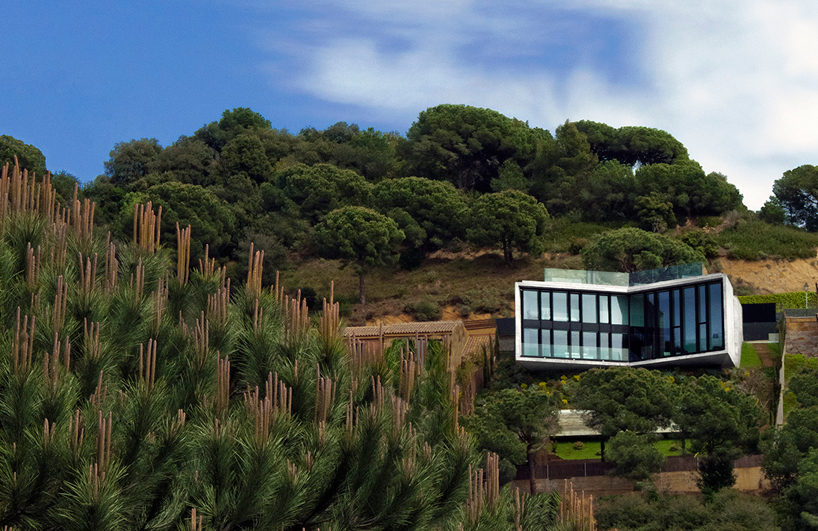 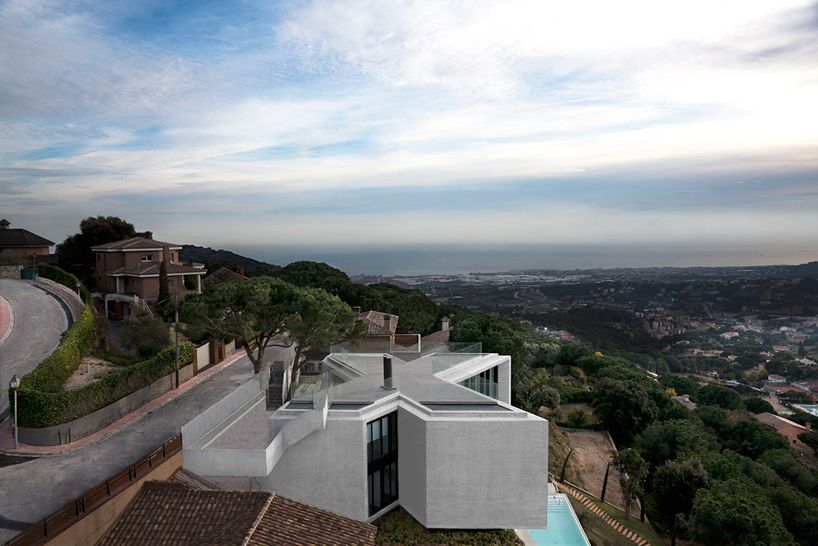 A methodological process responding to several site constraints led the ‘X house’ to its powerful shape and name. Designed by Spanish practice Cadaval & Sola-Morales arquitectos, the dwelling first stemmed from the large pine tree at the top of the property, located right in the middle making an entrance into the structure quite difficult. 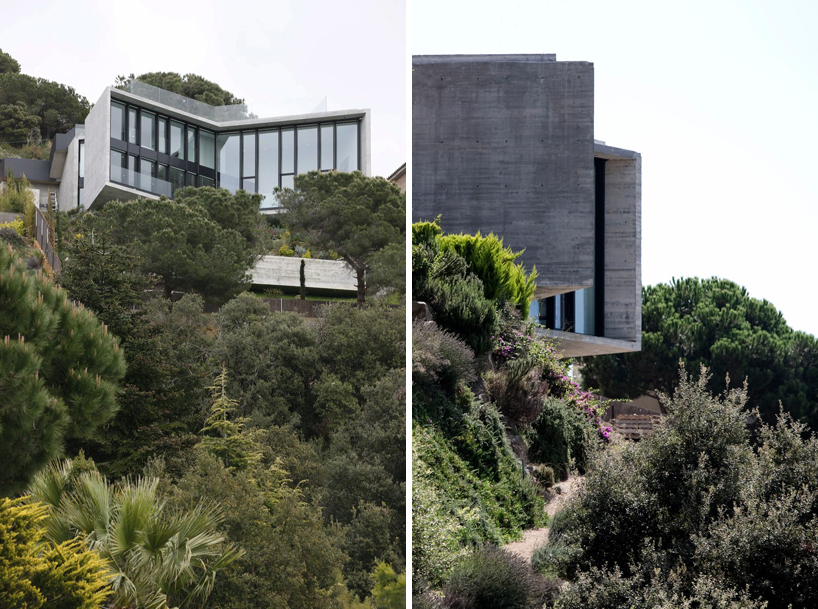 Located on the top of a steep valley in cabrils, the owners also wanted views of the ocean and mountains that were inconveniently situated on opposite sides, and still wanted to maintain some sort of privacy from the neighboring homes. 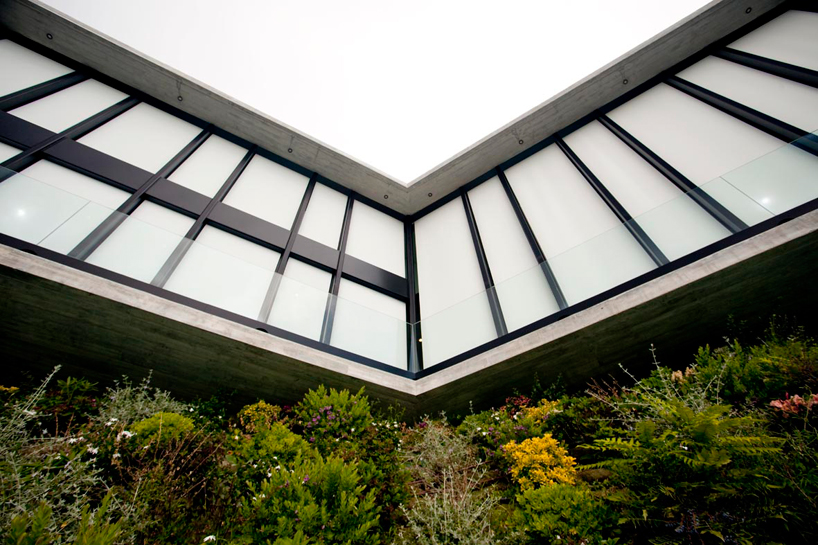 Recessed into the site, but not so much as to require excessive excavation, the house itself is like a plinth cantilevering into the air, maintaining an almost invisible presence from the street and creating a rooftop look-out point. The program is organized over two floors, the top of which contains the garage, a studio, bathroom and master bedroom and is conceived as the owners’ private area. 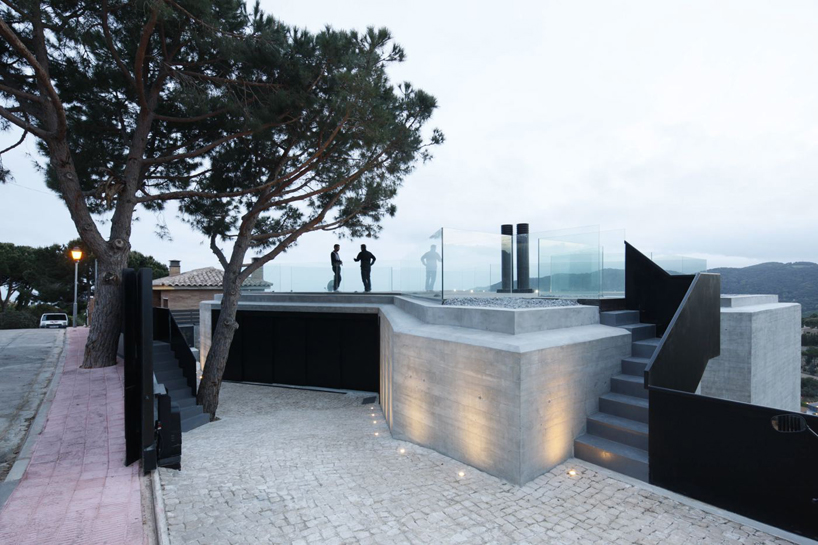 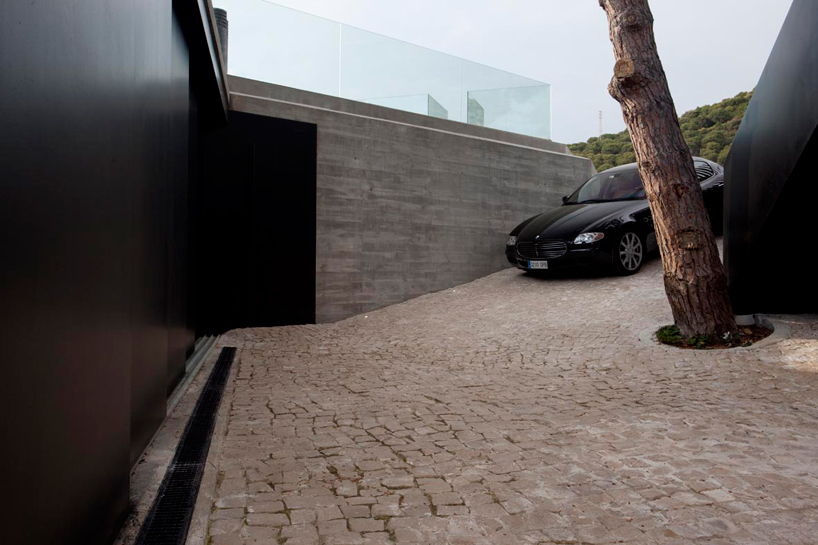 The ‘X’ therefore came about as a solution to all the above problems, straddling and preserving the tree while creating an angled access into the garage; the front-facing facades made up of large windows extend views in almost all directions while the concrete shell maintains solidity on the lateral facets of the construction for added privacy. 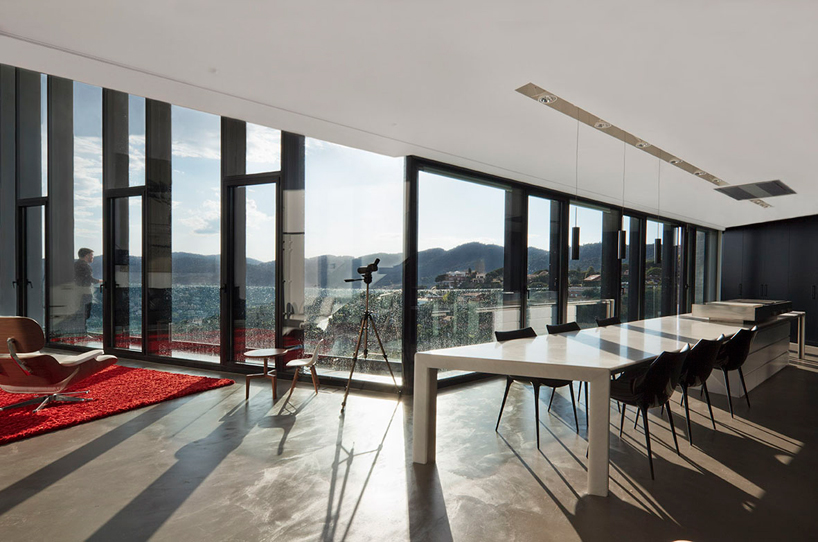 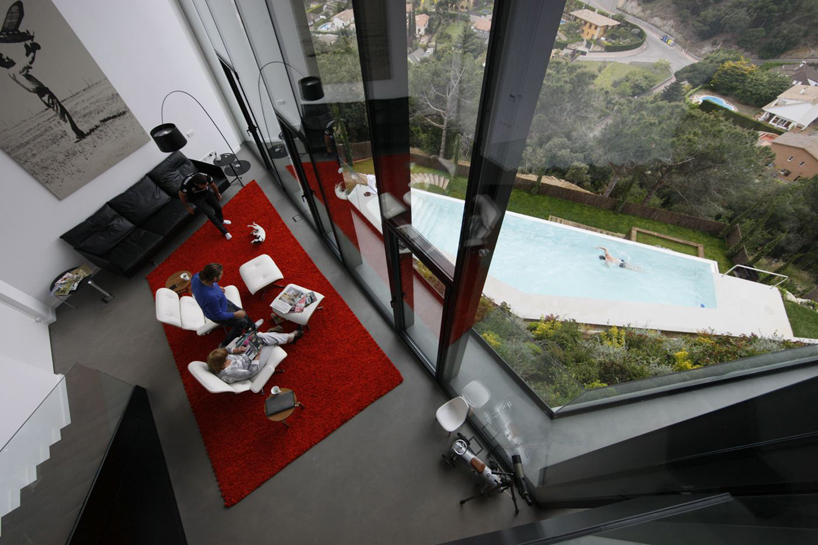 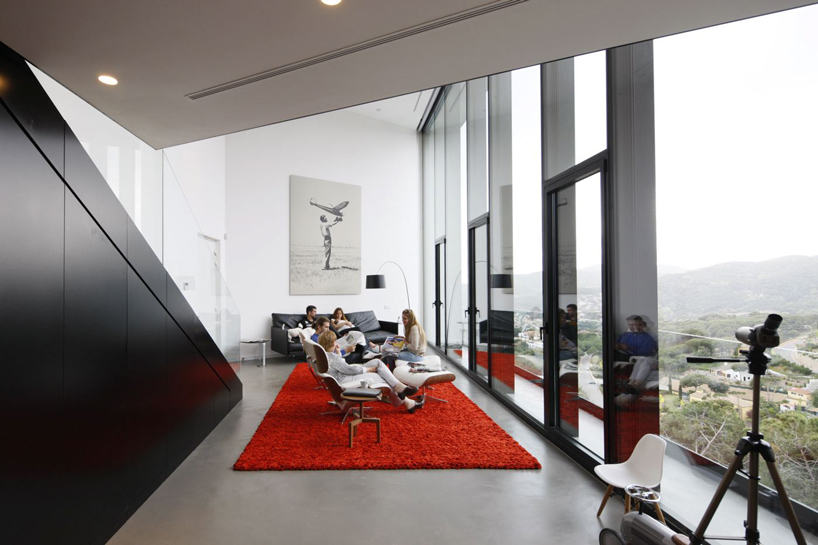 The lower contains the social functions in a double height light-flooded space, the kitchen and living room overlap and communicated, anchored around a central eight-meter long table. There is also a clear distinction between the the projecting side of the dwelling which is very obviously aimed at providing the best views in all directions; by contrast the embedded half houses the service areas and other rooms. 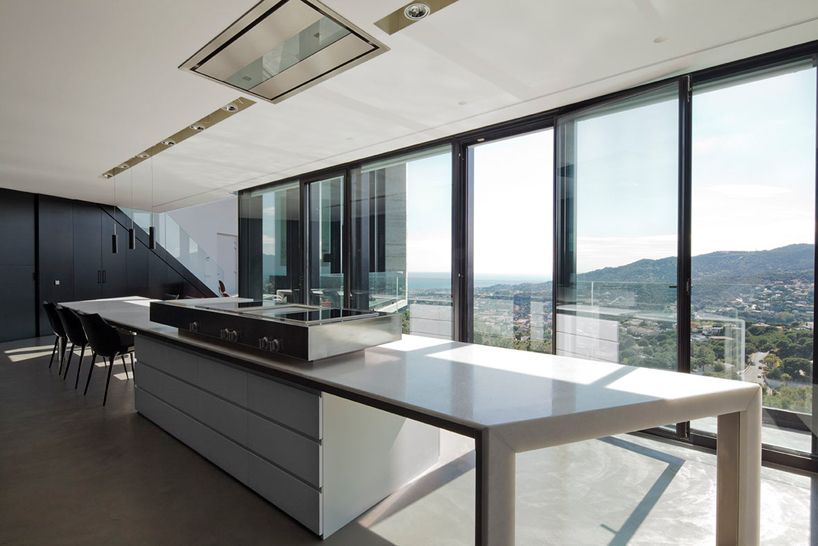 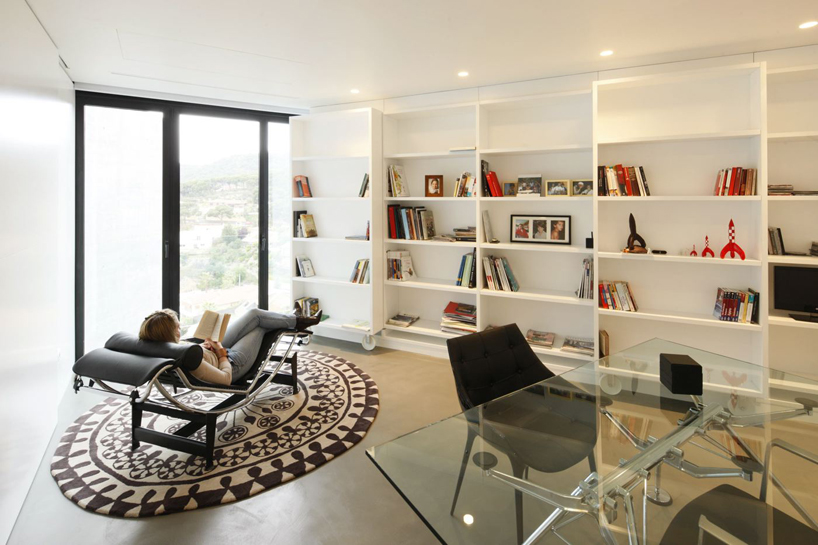 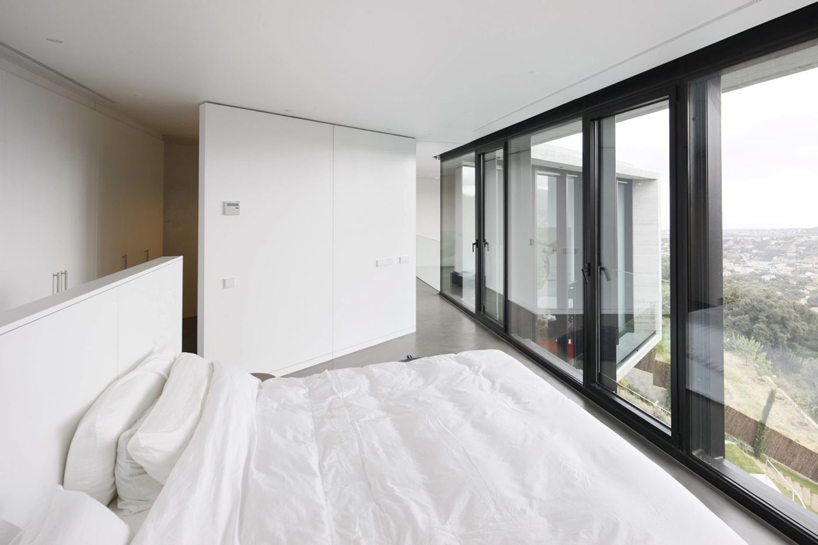 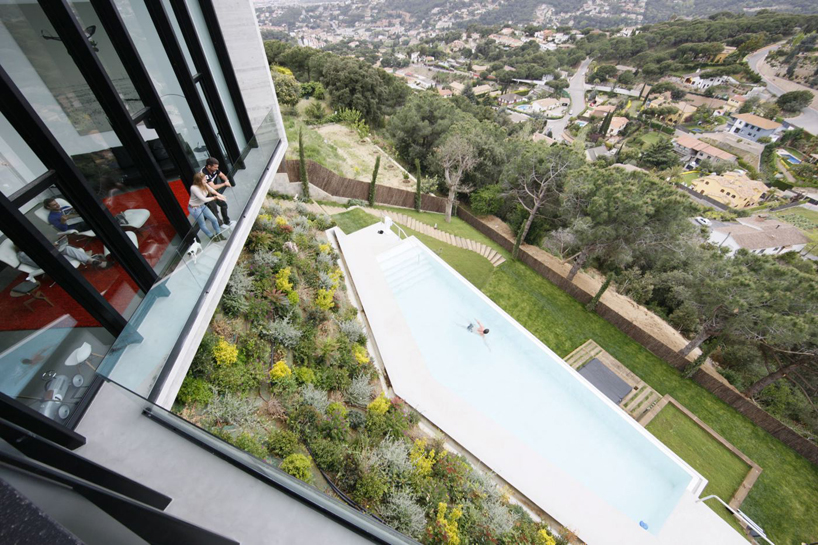 A pool, located several meters downhill, is hidden amongst the vegetation of the site and surrounded by lush green. 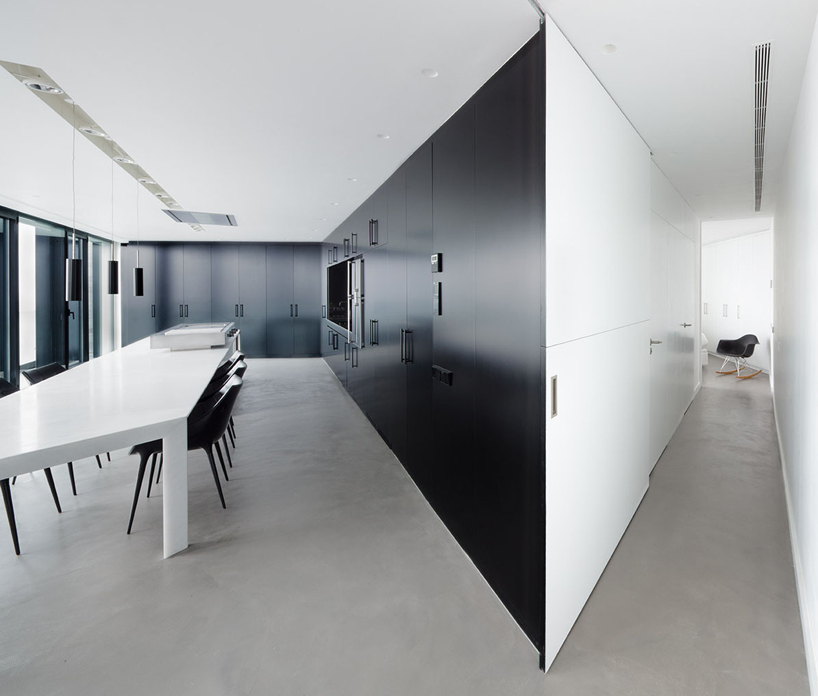 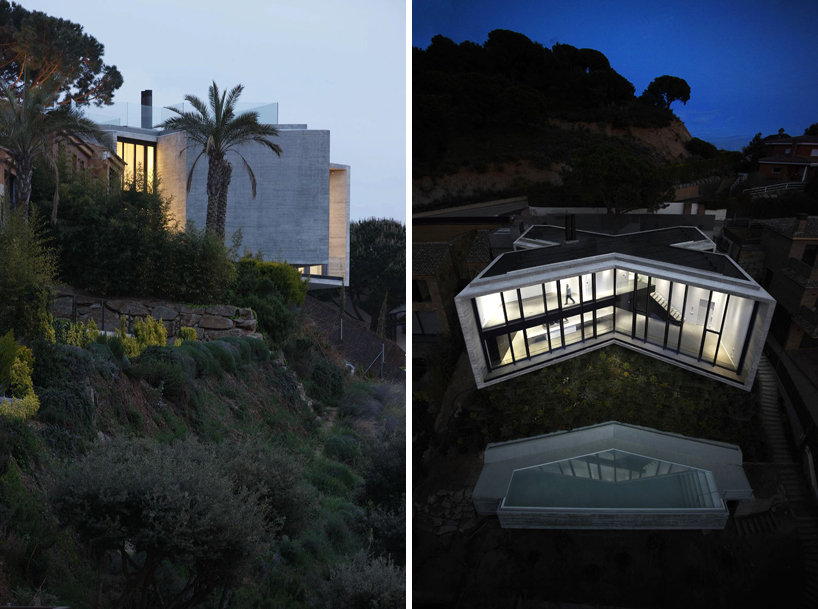 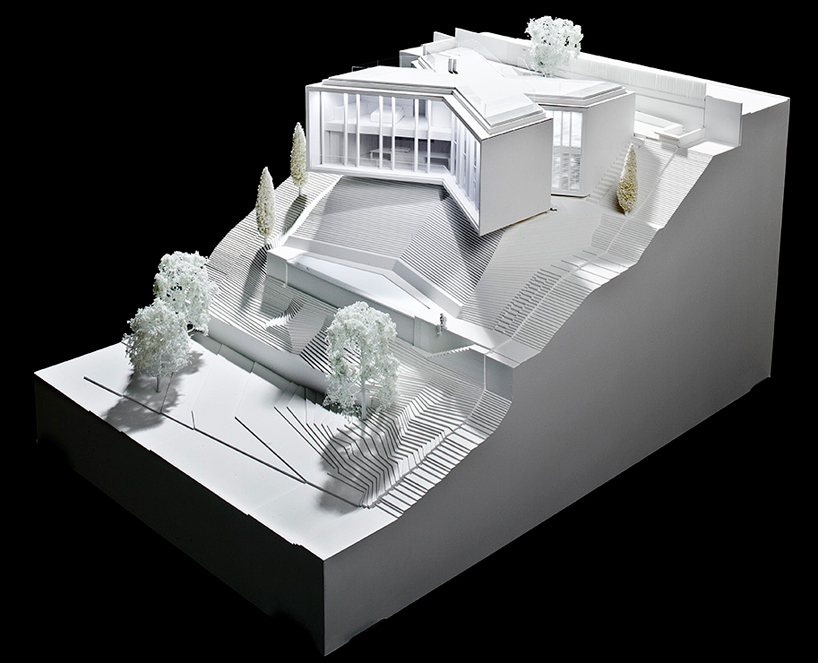 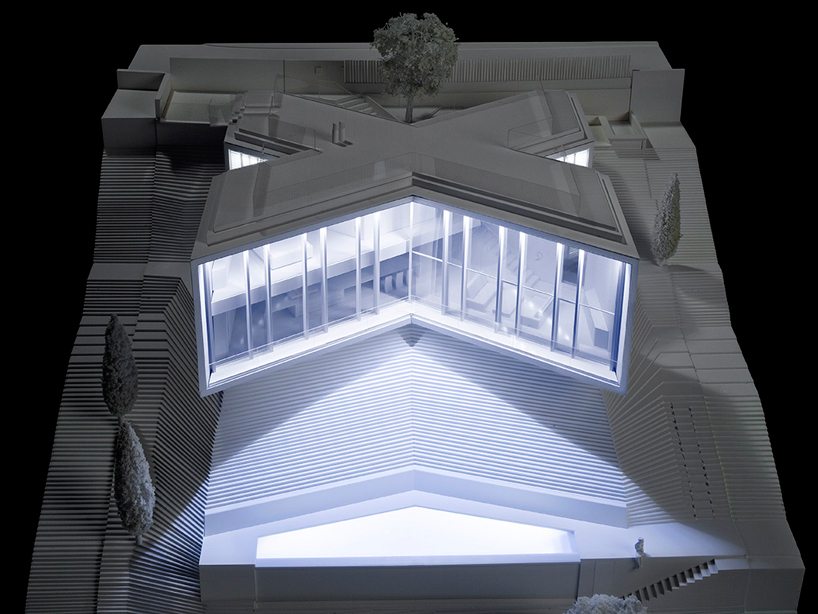