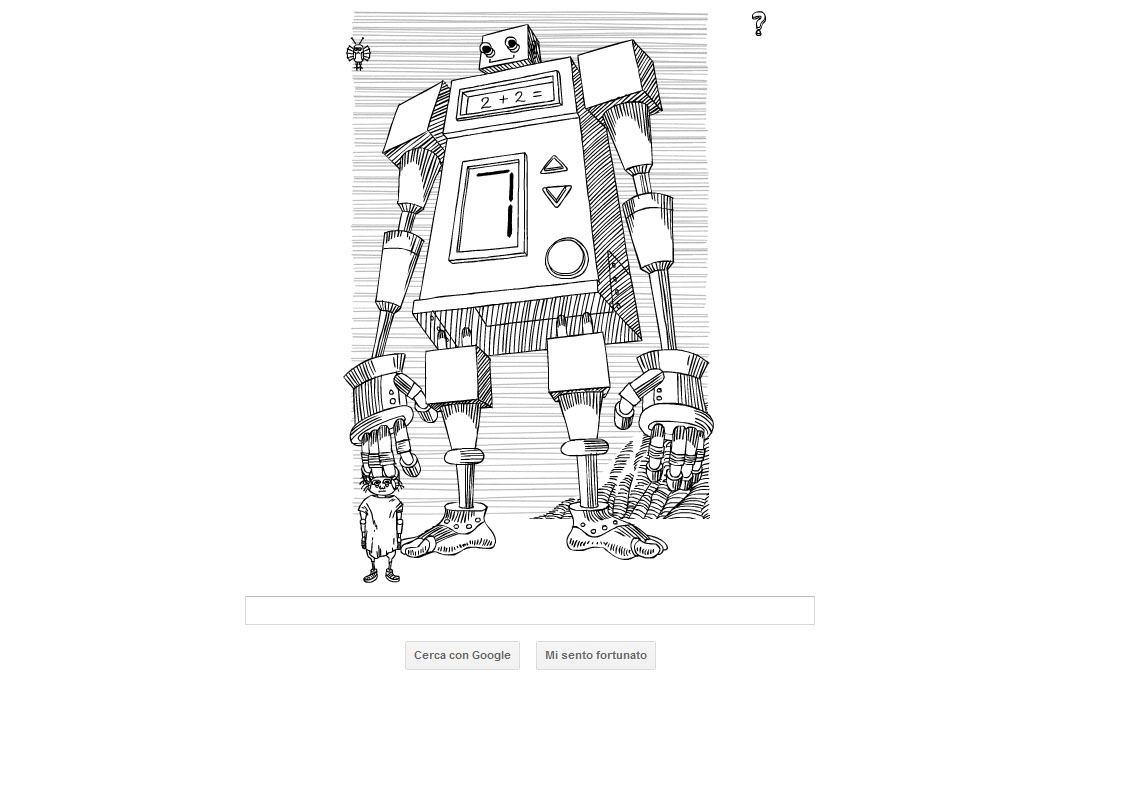 Google has created one of its most elaborate doodles yet to celebrate the 60th anniverary of the first book publication by Stanislaw Lem, the Polish science fiction author whose works included the novel Solaris. The animated doodle features a pensive character with a striking resemblance to Lem who, after some thought, comes face to face with a giant robot. Visitors to Google can use their cursor to interact with the robot, whose chest appears to contain a rather unreliable calculator. The doodle’s fairly lengthy animation sequence ends with the message that the art was inspired by Daniel Mroz’s illustrations for The Cyberiad, a series of short stories by Lem. (thanks to theguardian.co.uk for the text).

DORO Likes Graphic
Read More
Manage Cookie Consent
To provide the best experiences, we use technologies like cookies to store and/or access device information. Consenting to these technologies will allow us to process data such as browsing behaviour or unique IDs on this site. Not consenting or withdrawing consent, may adversely affect certain features and functions.
Manage options Manage services Manage vendors Read more about these purposes
View preferences
{title} {title} {title}