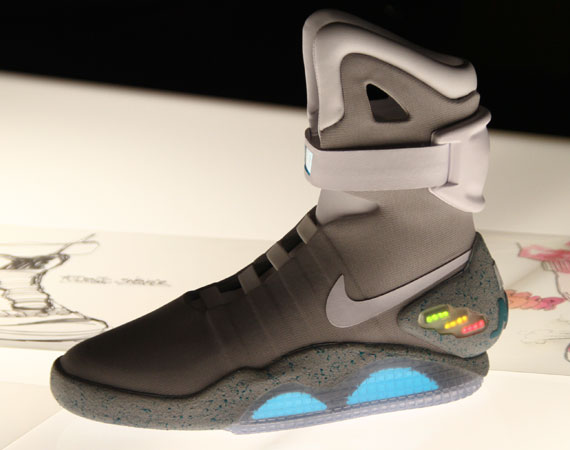 Nike MAG 2011 is identical to the movie prop developed by Tinker Hatfield all those years ago. All the details right down to the lighting components, a series of LED lights embedded in the outsole and heel panels, as well as an electroluminescent Nike logo on the oversized ankle strap. In this the first rechargeable footwear from Nike, power is not by a large battery pack, which Michael J. Fox, the actor who portrayed the film’s protagonist Marty McFly, wore in his back pack. Instead, a slim power pack built within that will last up to 5 hours for each charge. A plug-in power port is hidden underneath the cuff of the shoe, well out of sight. One notable attribute missing though was the Automatic Lacing System. Despite the patent, current existing technology simply would not facilitate the mechanical act of tying a shoelace. At least, not within a size less than the shoes themselves. But Hatfield answered during the Q&A session with a prognosticate response, “”It’s not 2015, yet”, when asked. Perhaps that will be another Nike MAG in the near future? 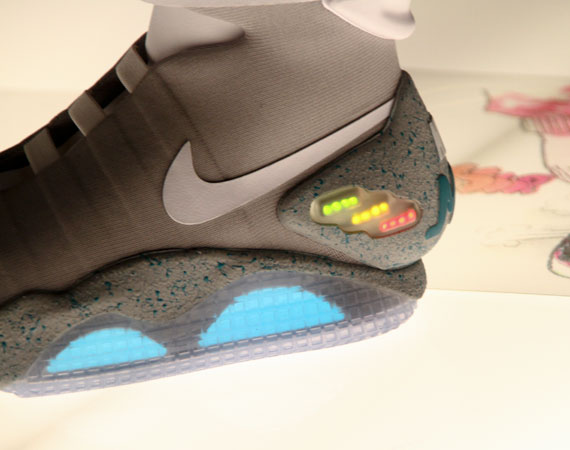 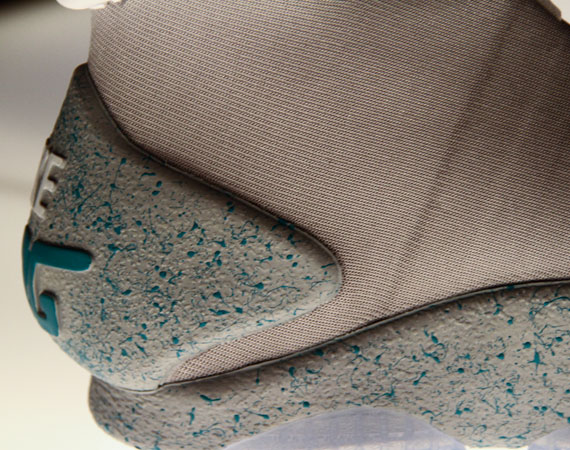 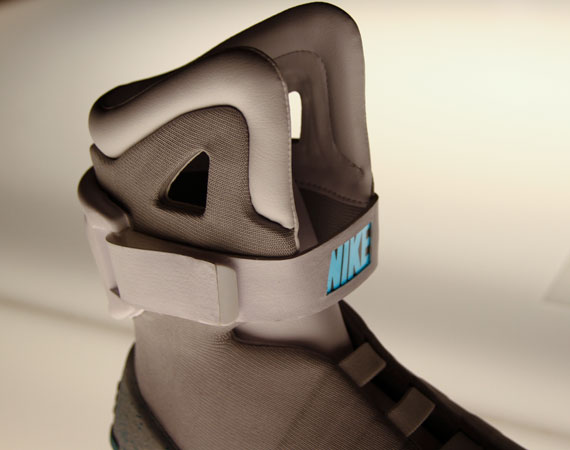 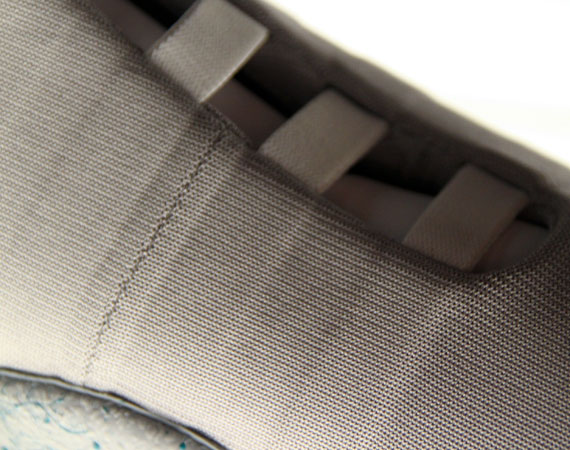 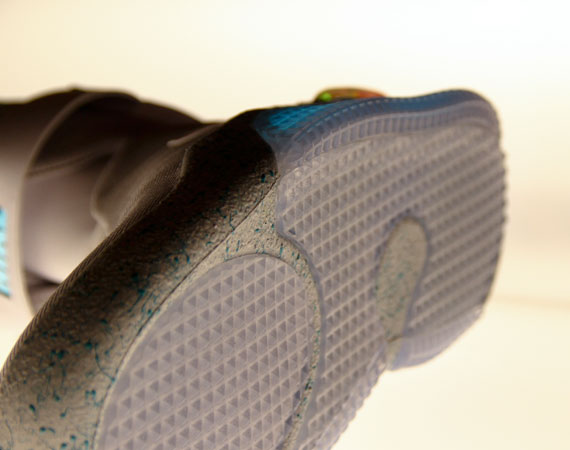 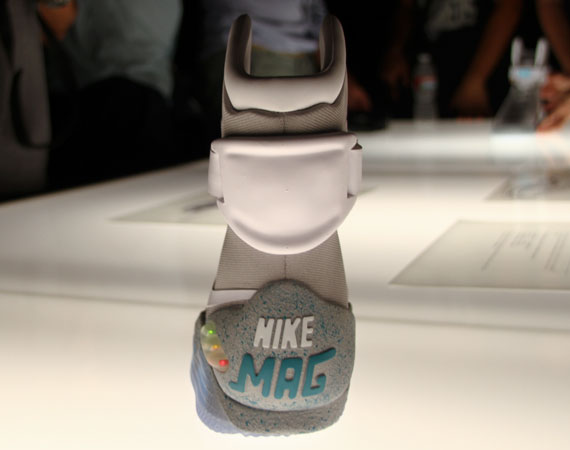 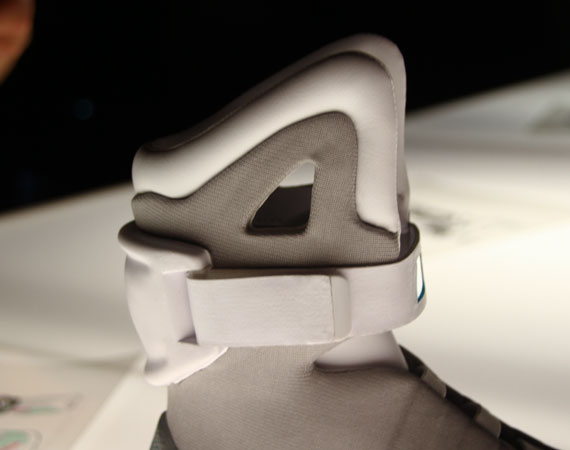 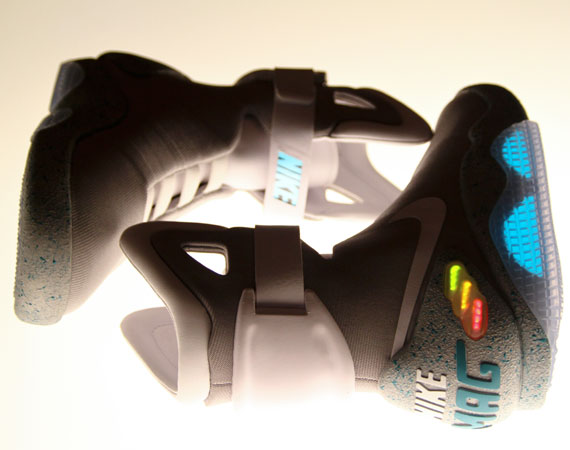 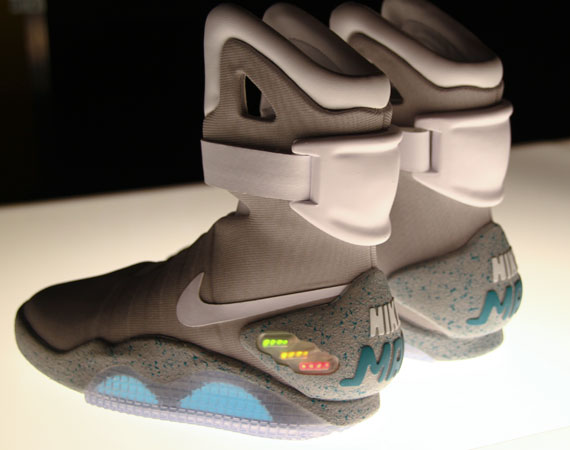 DORODESIGN Likes: Nike “It’s about time” press kit… time to Back to the Future?

DORODESIGN Likes: Nike "It's about time" press kit... time to Back to the Future?