DORODESIGN Likes: Nike “It’s about time” press kit… time to Back to the Future? 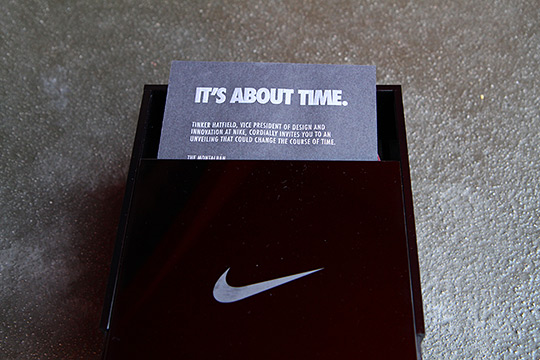 In the second film of the Back to the Future trilogy, which starts off in 2015, Michael J. Fox’s charcter Marty McFly puts on a pair of high-top Nike sneakers that lace themselves. Nike has commemorated one of the greatest movie-sneaker moments with sneakers such as the “Marty McFly” Hyperdunk. However, after a 21 year wait, we are (probably) soon going to get a look at the much-loved Nike Air Mag. In the past couple of days, various sneakerheads, such as Matt Halfhill of Nice Kicks, have been flown out to Los Angeles by Nike, and received a special invitation to a Nike event that is happening tomorrow night in LA, straight from famous sneaker designer Tinker Hatfield. In the special box came an invitation card, a Back to the Future trilogy DVD, some movie candy, and a special pair of metal shield glasses, like the pair that appeared in Back to The Future II (I believe). The theme of all of this?: “It’s about time.” In addition, a video leaked earlier tonight that portrays a whole room full of Air Mag’s. (text via Sole Camp,Pics via Highsnobiety).

Watch The Video of Marty McFly’s Closet… fake or reality? 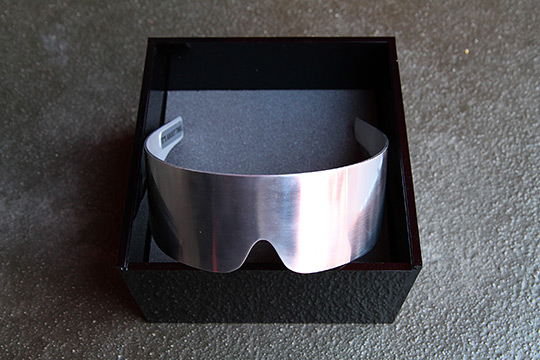 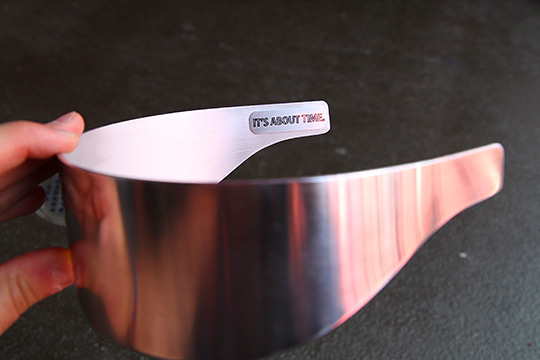 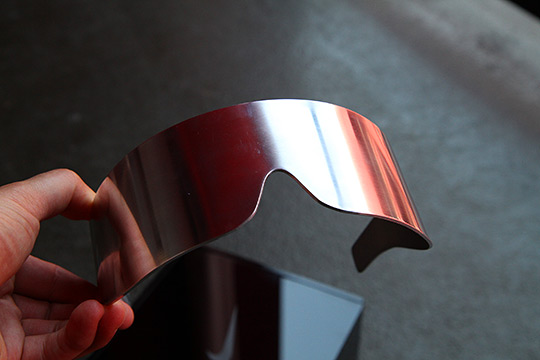 Design DORO Likes Fashion
Read More
Manage Cookie Consent
To provide the best experiences, we use technologies like cookies to store and/or access device information. Consenting to these technologies will allow us to process data such as browsing behaviour or unique IDs on this site. Not consenting or withdrawing consent, may adversely affect certain features and functions.
Manage options Manage services Manage vendors Read more about these purposes
View preferences
{title} {title} {title}