What do you think was the first absolutely straight line that a caveman ever saw? I’m guessing it was a shaft of sunlight poking through a cloud. Or maybe the horizon line on a large body of water, which also provided them their first view of a flat surface.

All of those human advancements in the mastery of materials came from centuries of hard work. Which is why photographs like these are all the more amazing: 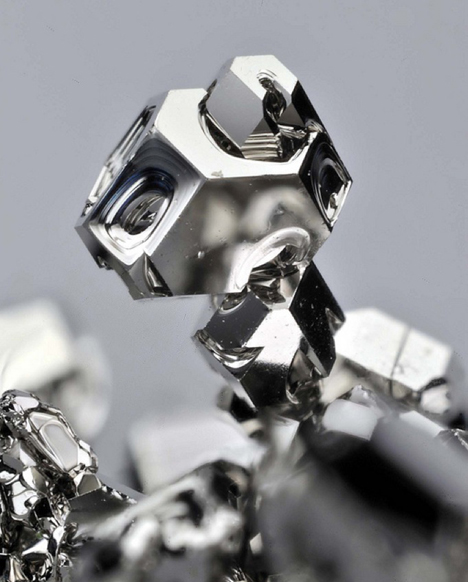 That’s not a manmade object. That’s a microscopic-level photo of a platinum crystal, shot by photographer R. Tanaka. And it is astonishing to see how machined it looks; the bevels, angles, surfaces and edges are all so freakishly precise.

Here’s a shot of Ruthenium, another metal within the platinum group on the Periodic Table: 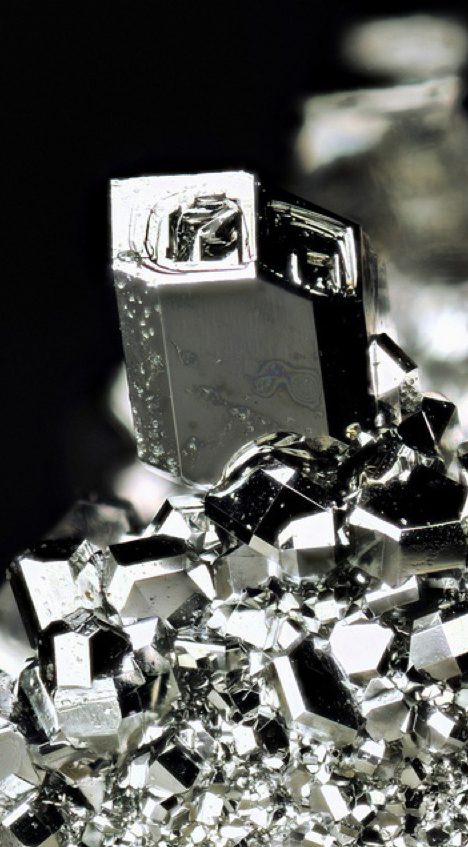 Is that not almost disturbingly rectilinear? And that’s not even the cake-taker–have a look at this bismuth crystal: 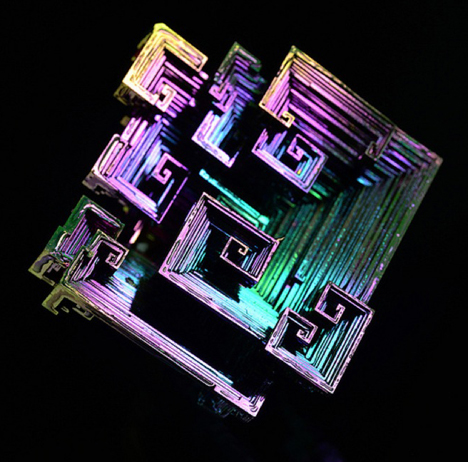 Our mind is officially blown.

Tanaka, by the way, heads up Cat’s Glove, a Japan-based “microphotography studio” , and these shots are part of their documentation of the Periodic Table of the Elements. I’ve never seen these materials this close, and it strikes me that for most of human history we’ve been trying to make straight lines and flat surfaces (with the exception of Frank Gehry) and all this time, nature has been silently, invisibly mocking us.

This shot of Palladium is downright creepy, what with those perfect triangles and pyramids. 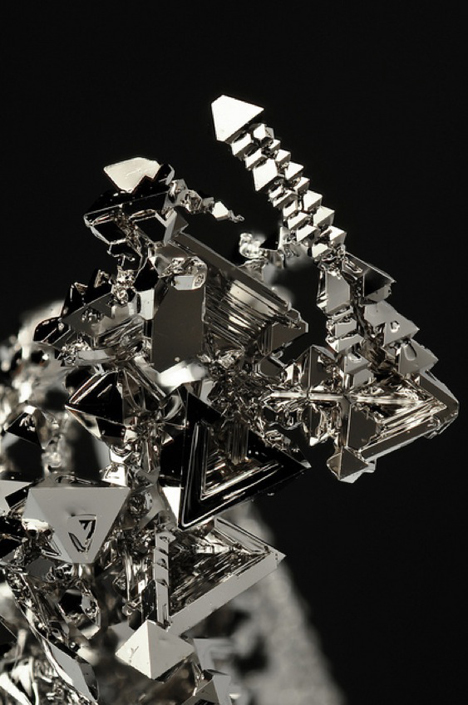 Looks like aliens have triangles down too: This is a “Muonionalusta meteorite” recovered from Kiruna, Sweden. 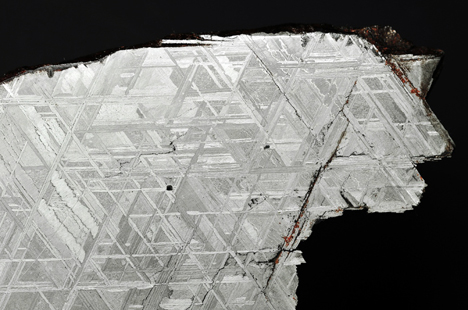 Another shot of Ruthenium. It looks like something hanging on the wall of Superman’s original house on Krypton. 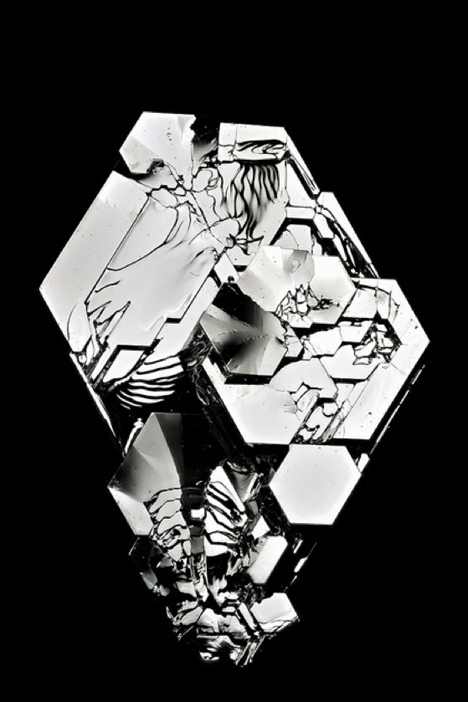 More shots of bismuth, looking for all the world like they came out of a 3D printer. 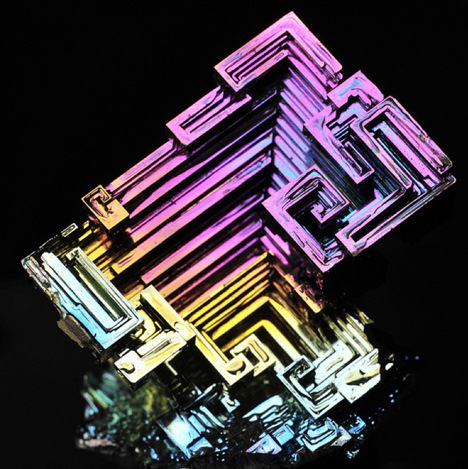 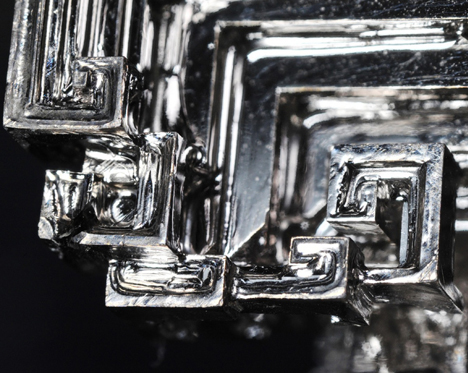 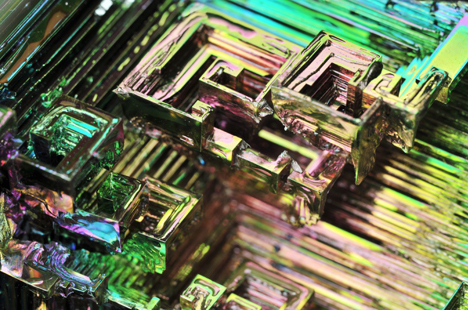