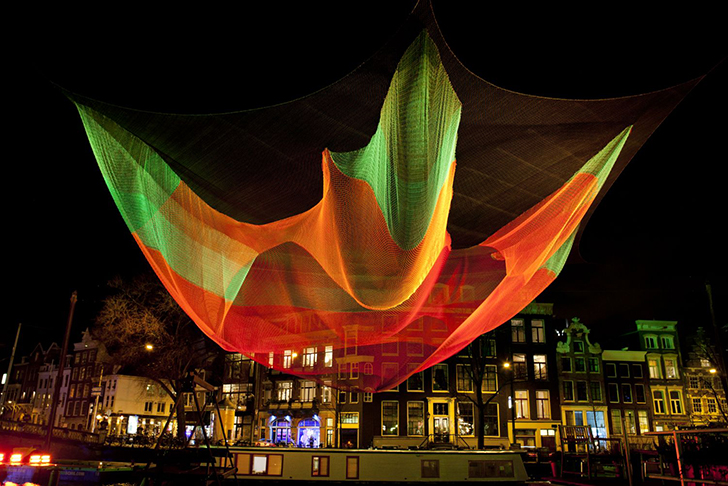 During the darkest time of the year, a vibrant festival of light and water enlivens Amsterdam. Comprised of spectacular light sculptures, LED decorations on bridges, fiery boat parades and huge projections on public buildings, the festival brings together people in the often idyllic historic capital. Amsterdam’s Light Festival is an initiative of Henk Jan Buchel, Vincent Horbach and Felix Guttmann together with Rogier van der Heiden—chief designer at Philips Lighting – this brilliant street party has a strong focus on innovation, design and sustainable lighting. 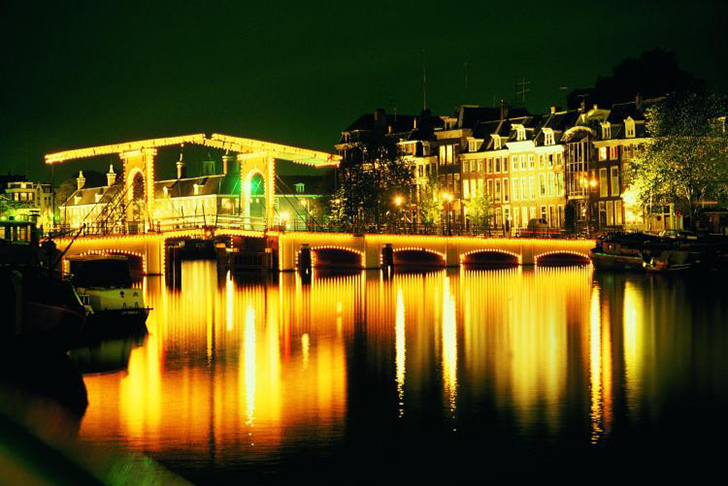 With plenty of brilliant works from both Dutch and international artists, the forty-four day-long Light Festival offers a great excuse to visit the charming Dutch city. One of the event’s main features is a beautiful 230-foot aerial sculpture suspended on the Amstel River, by Janet Echelman that maps the height of a tsunami wave. 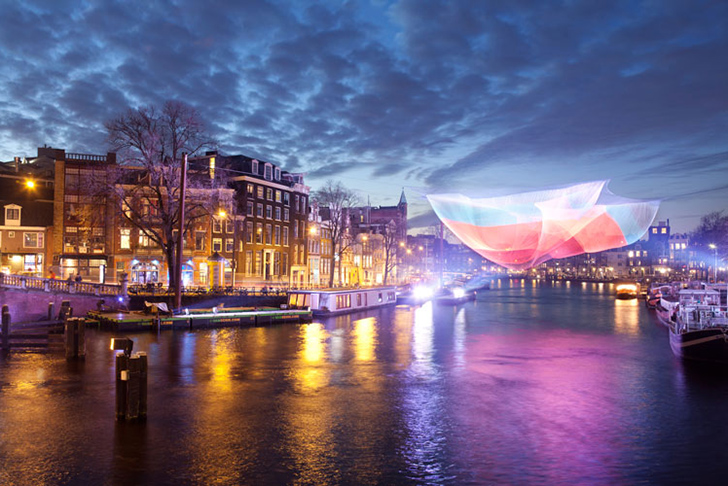 One of the event’s main features is a beautiful 230-foot aerial sculpture suspended on the Amstel River, by Janet Echelman which maps the height of a tsunami wave. 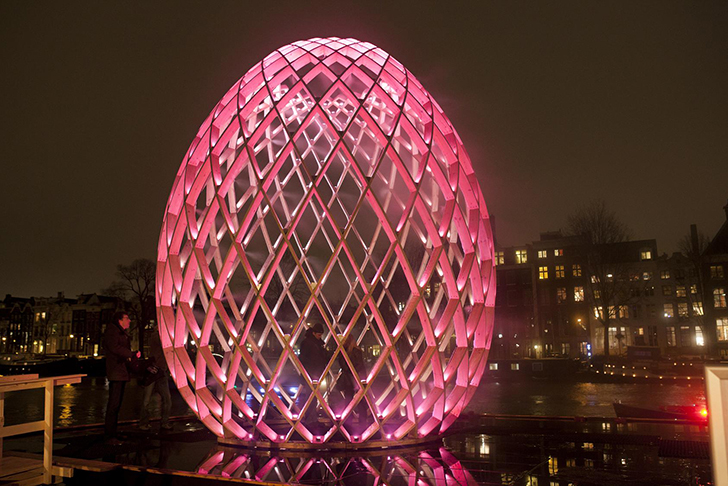 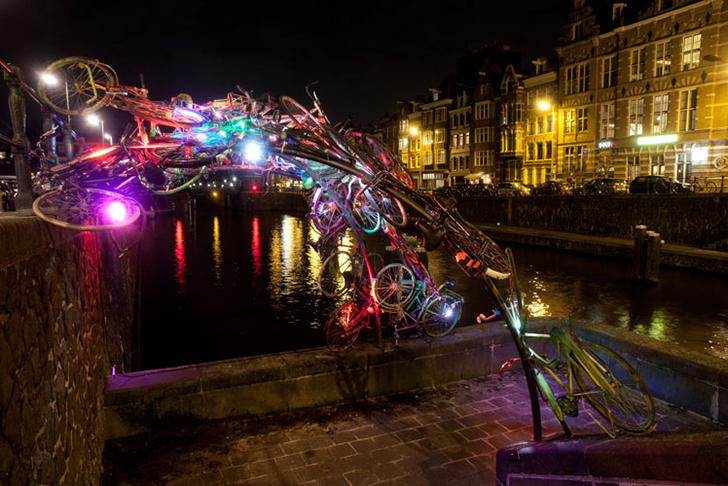 Another piece on show was a bridge made from repurposed old bikes—items easily found in the Dutch capital. 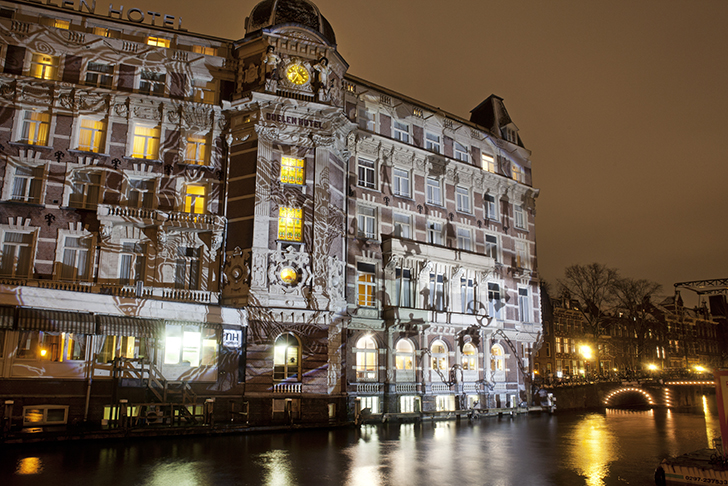 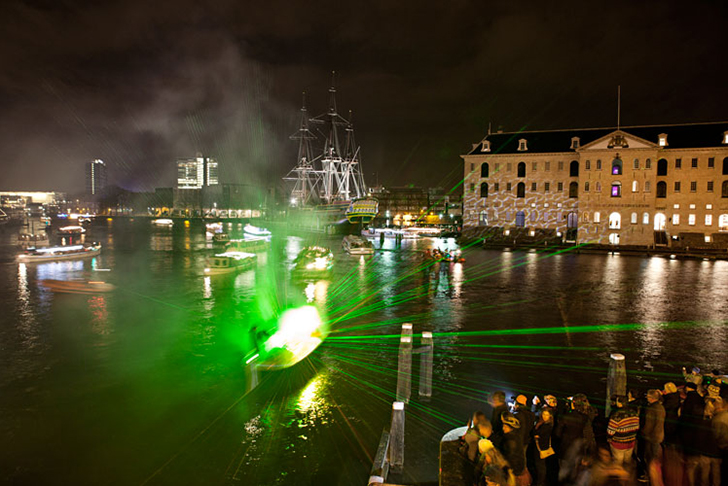 An explosion of light, color and high-tech sustainable innovation around the city, the Amsterdam Light Festival ran until January 20th. 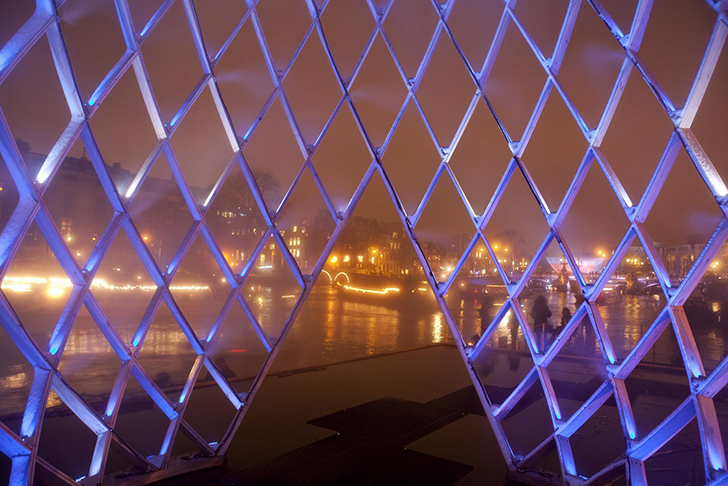 DORODESIGN LIKES: Bangkok University Branding Itself As A Creative University