Should anyone need an excuse to travel to Naples, we can offer the perfect one: Go there to explore Metro Napoli’s Art Stations. (That’s subway or tube stations for the rest of us.) The Art Stations program has been going on for some time with artists, designers and architects, including, Alessandro Mendini, Anish Kapoor, Gae Aulenti Jannis Kounellis, Karim Rashid, Michelangelo Pistoletto and Sol LeWitt contributing. 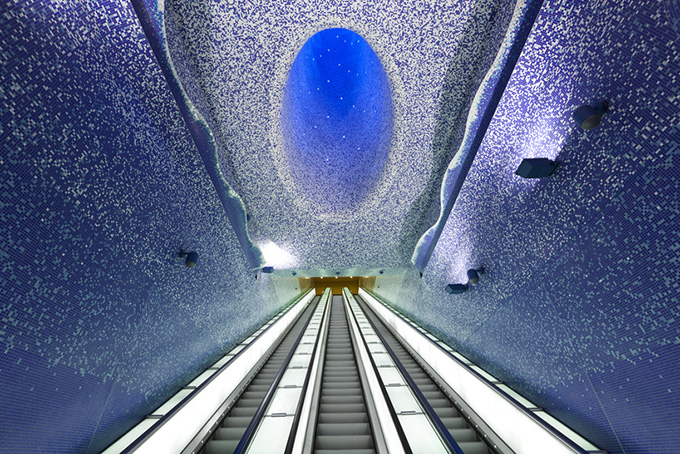 What drew our attention is the 13th Art Station of the Naples Metro system, the Toledo Metro Station, that opened finally after many delays in September 2012, during the European Week of Sustainable Mobility. It was designed by the Spanish firm of architect Oscar Tusquets Blanca. 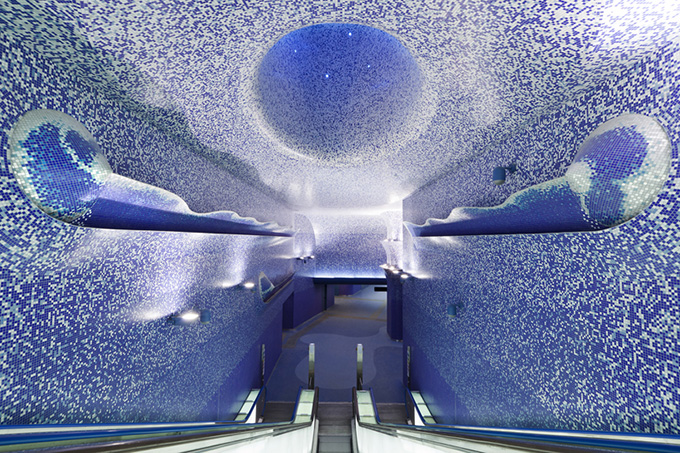 The station is on Via Toledo (Via Roma), one of the main shopping streets in Naples. A second entrance to the Toledo Station will open in February 2013 in the Spanish Quarter, Quartieri Spagnoli. Oscar Blanca also designed the public squares above the two metro entrances. 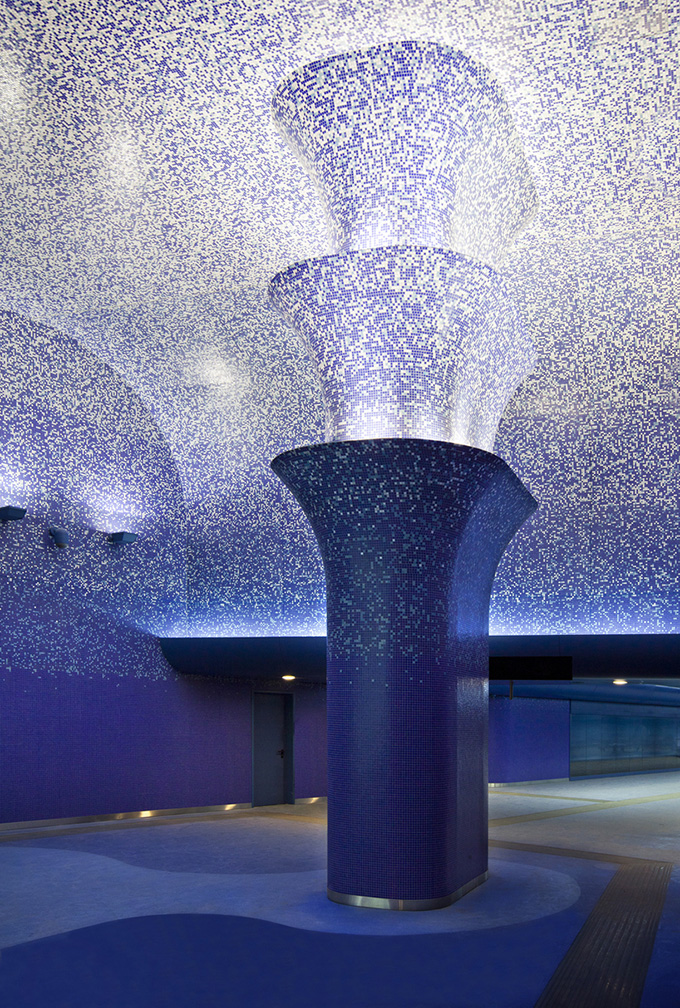 The Toledo station is one of the deepest in the line at 50 meters, and it is themed around water and light. The art of the station, curated by art critic and former Venice Biennale director, Achille Bonito Oliva, includes two mosaics by the South African artist, William Kentridge, as well as Light Panels Robert Wilson and works by Francesco Clemente, Ilya and Emilia Kabakov, Shirin Nehsat and Oliviero Toscani. 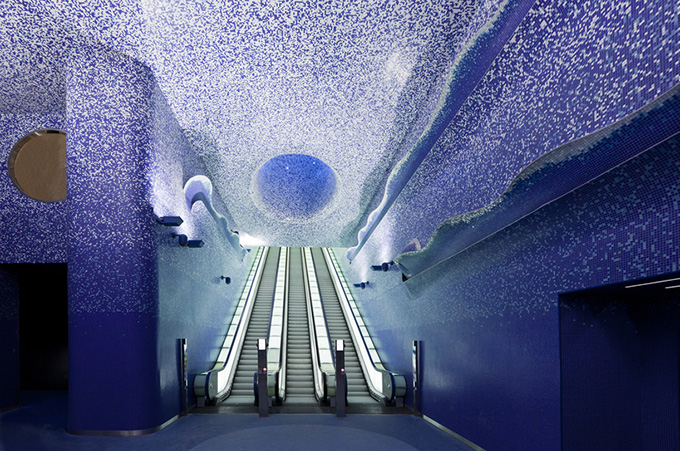 We especially love the deep, blue, sparkling crater that connects the ground level with the great lobby 38 meters below. Here, mimicking the movement of the sea, Robert Wilson’s light panels move passengers along the corridor that leads to the train platform.
No wonder that The Daily Telegraph included the Toledo Station on its Europe’s Most Impressive Underground Railway Stations list. 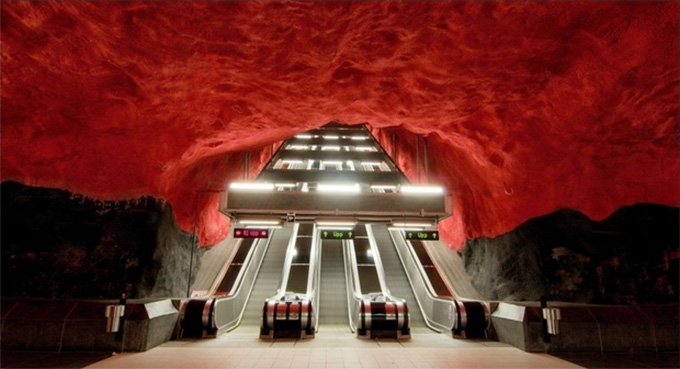 DORODESIGN LIKES: The UP Coffee Table by Christopher Duffy