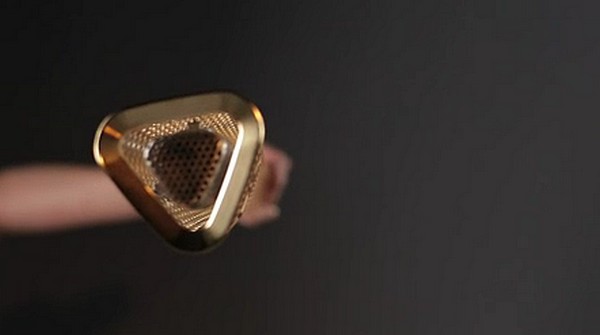 The London 2012 Olympic Torch by designers Edward Barber & Jay Osgerby was unveiled in London yesterday morning. Made from a golden aluminium alloy, the triangular torch symbolizes the 3 Olympic values​​: respect, excellence and friendship. It’s perforated by 8000 circular holes representing the 8000 torch-bearers to take part in the Olympic relay. The circles, which run the length of the Torch, will also offer a unique level of transparency – allowing people to see right into its heart – and help keep the Torch cool. (via Overhours.com). 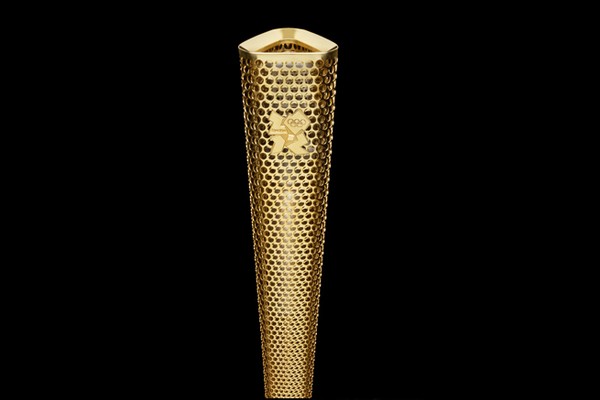 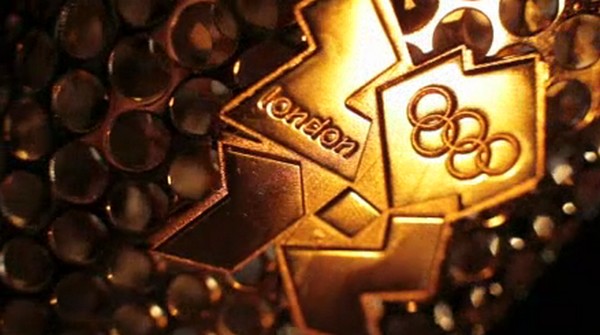 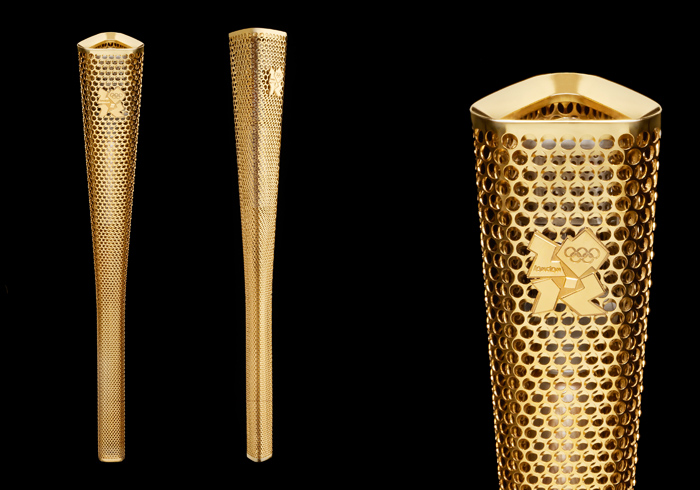