Officially wanted for my desk. 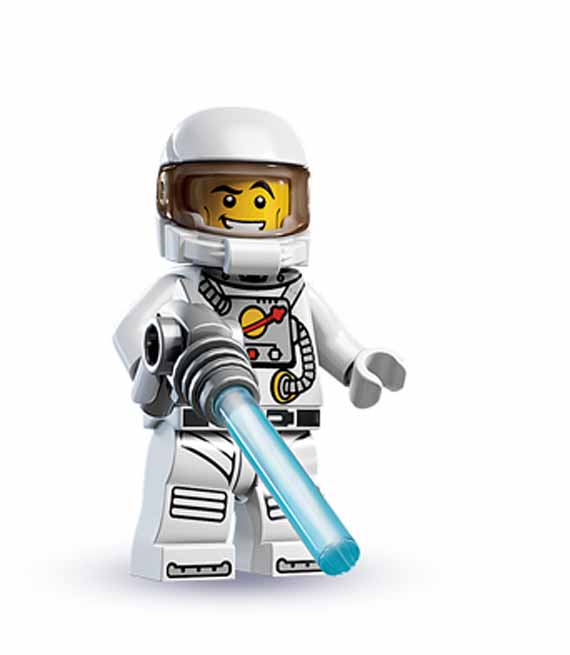 We are not quite sure when it happened, but at some point of time in history, it became okay for men to have toys again. But, there was still a divide on what are the right kinds of toys to buy and what are the inappropriate ones. For instance, Medicom Toy? Good. Hot Wheels? Not so much. The perennial childhood favorite has kind of meandered along both sides, but accessories designers Dee & Ricky proves that it is not only cool for men to play with LEGO, it is also quite lucrative. Also, since LEGO has been a cool tool for artists being used in installations, sculptures and even furniture series, it only seems quite natural that LEGO will be legitimized for all, and indeed, suitable for all ages 0-99. Going on along that, Medicom Toy might have to watch its vinyl back because LEGO has just released its minifigure series, designed to be sold in blind-box like some of your favorite Be@rbricks.

The minifigures mimic your favorite LEGO man shapes (Yes, those that came with your LEGO farm and naval battle ship and alien condo sets). The boxy figures now come in a range of elaborately designed characters familiar to pop culture– the pom pom welding blond cheerleader, greying undead scared of table salt, pushy skater, katana-loving ninja, magician, clown, robot, deep sea diver…This series comes with 16 figures and are priced at only 2 USD each. Read the characters’ profile and stories, and check them out online at its microsite.

DORO Likes Architecture Art
Read More
Manage Cookie Consent
To provide the best experiences, we use technologies like cookies to store and/or access device information. Consenting to these technologies will allow us to process data such as browsing behaviour or unique IDs on this site. Not consenting or withdrawing consent, may adversely affect certain features and functions.
Manage options Manage services Manage vendors Read more about these purposes
View preferences
{title} {title} {title}