The power of bold simplicity. 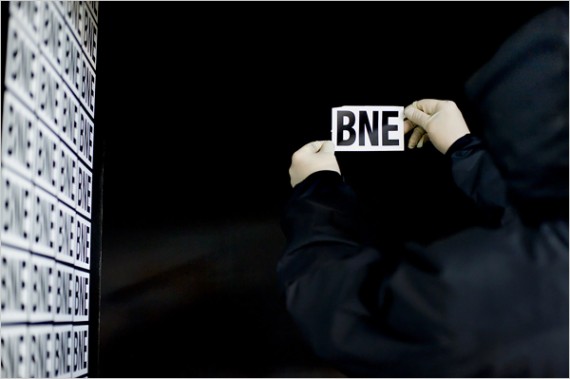 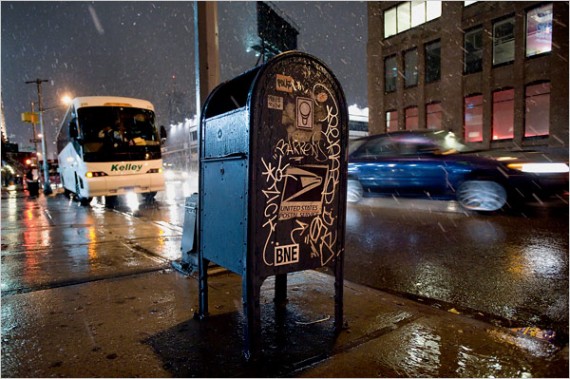 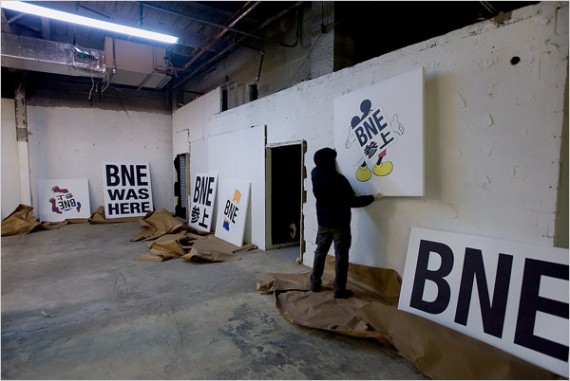 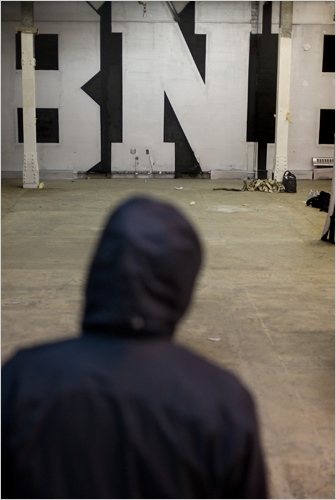 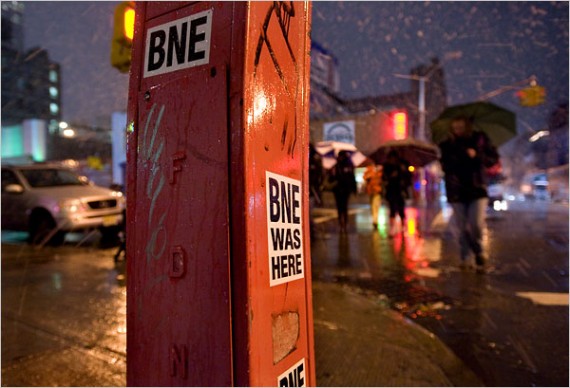 Making a Name for Himself, With Just 3 Letters

The man in the hooded sweatshirt and cargo pants was not recognizable, but the three letters he was rendering as a 15-foot mural on the wall of a Hell’s Kitchen building certainly were: B.N.E.

This mischievous monogram, posted by marker, spray can, roller and especially stickers, has become part of the landscape of New York and cities worldwide, thrilling graffiti admirers and roiling public officials. Its saturation has provoked one of the more enduring Internet mysteries: What and who is B.N.E.?

After a thorough interrogation of the suspect over the weekend … well, he would not really say. In what he said was his first interview with a journalist, the man in the hooded sweatshirt said he was responsible for this viral dissemination of the three-lettered puzzle, but refused to divulge his name, age or many details about his background and method, for fear of arrest. He also refused to have his face photographed or to say what B.N.E. stands for. His initials, perhaps?

“Let’s just say it has a meaning that’s personal to me,” he said, acknowledging the conjecture online: Breaking and Entering, Bomb Nuclear Explosion. “At this point, it means whatever you need it to mean.”

The postcard-size stickers bearing the three simple black letters are affixed to mailboxes, phone booths, signs, walls, parking meters and streetlights, mostly in New York and Japan, but also in Bangkok, Prague, Hong Kong, Kuala Lumpur. He goes through 10,000 stickers a month. In 2006, B.N.E. so blanketed San Francisco that the city’s mayor, Gavin Newsom, offered a reward of $2,500 for information leading to his capture.

via The New York Times – B.N.E. Is Everywhere | FreshnessMag.com.

D-Link The Boxee Box by D-Link

DORODESIGN Likes: The Half Graffiti Hotel Room by Tilt