Welcome to our city. 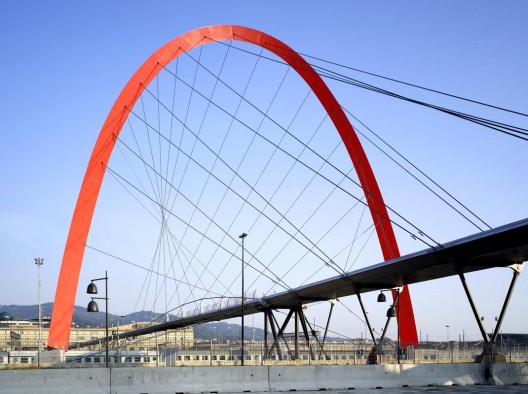 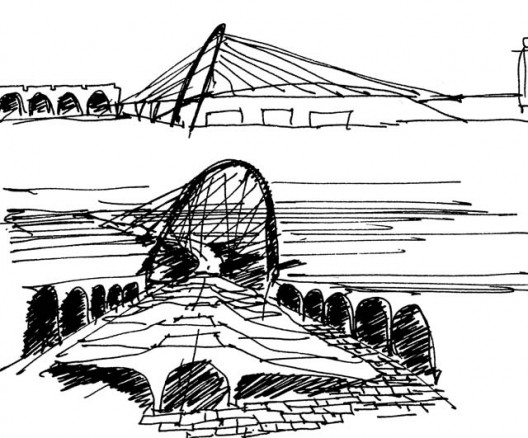 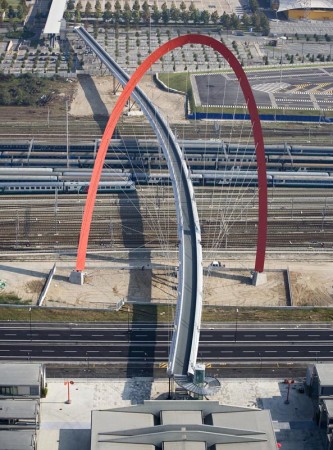 We recently published the project Railway Footbridge at Roche-sur-Yon, now our friends from HDA_Paris share with us the Turin Footbridge, that was constructed for the 2006 Winter Olympics.About the competition, we know that the city of Turin hosted the 2006 winter Olympic games and had embarked on an extensive programme of construction of various venues and infrastructure for the games. The city took advantage of the infrastructure programme to incite urban renewal in the southern part of the city that has been affected by the economic downturn in the car industry. The Olympic village, situated in the disused Mercati Generali in the Lingotto district adjacent to the main railway lines entering the city from the south, is part of this new infrastructure and will contain housing and a logistics centre.