I have nothing to say other than that I find this concept very ugly. 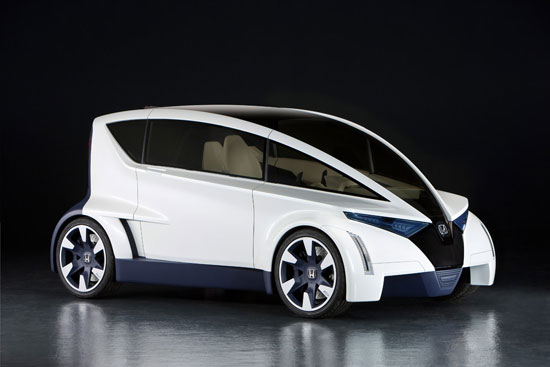 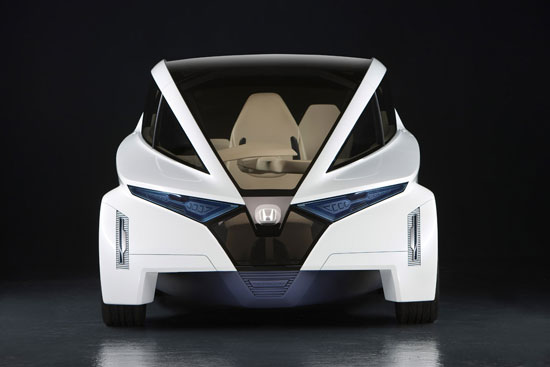 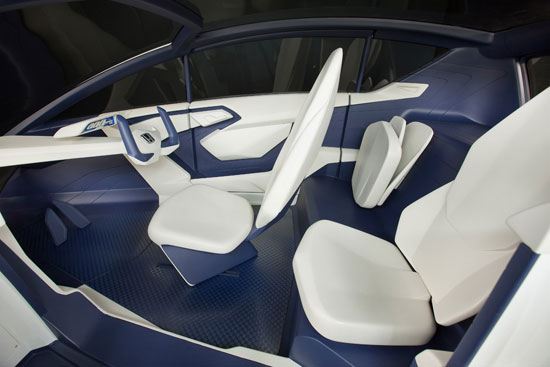 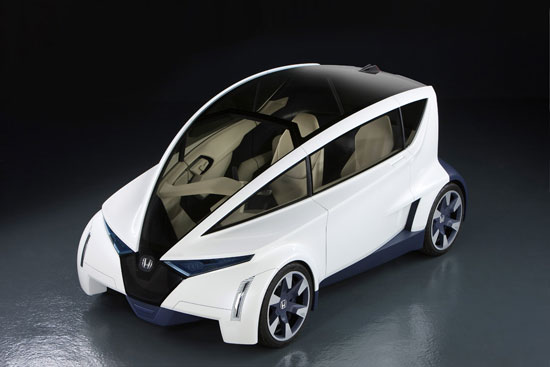 honda unveiled the p-nut concept car at the 2009 LA autoshow earlier this week. the new vehicle

gets its unique name from an acronym standing for ‘personal-neo urban transport’. the car features

a very angular three-seater design that could be propelled by a gas engine, hybrid engine or full

electric powertrain in the near future. the compact car would keep the engine in the rear to make

room for the cabin up front. the car is very early on in its development and critics think it will fade

away in the near future. however the compact design of the car and its ample interior cabin would

make it an ideal option for urban driving situations.