Should be a great city to have as WDC, we had the first design capital here in Torino last year. 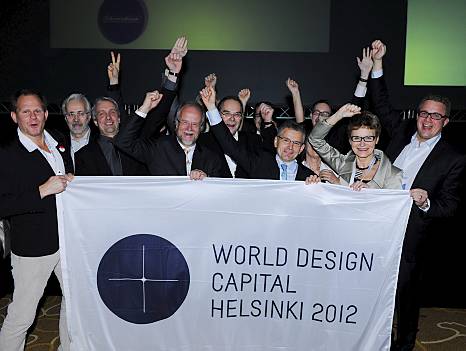 According to first reports from the ICSID Congress in Singapore, the city of Helsinki has been chosen as World Design Capital 2012 (see also this Finnish article).

Helsinki was competing with the city of Eindhoven in The Netherlands.

The World Design Capital is a city promotion project celebrating the merits of design. Held biennially, it seeks to highlight the accomplishments of cities that are truly leveraging design as a tool to improve the social, cultural and economic life of cities, throughout a yearlong programme of design-related events.

Turin, Italy held the honor of hosting the zero edition of the event in 2008, while Seoul, Korea will be the first real World Design Capital in 2010.